Matthew Johnston, Managing Director of Muir stated that Muir had secured business during the course of the show including supplying equipment for a 35m and 44m project in New Zealand and were also holding enquiries from Northern Europe.

"2011 showed some signs of recovery and 2012 has reinforced this view, the custom build project market over 60m appears to be on the rise while the smaller business is still slow" said Johnston.

Richard Chapman, Director of Hydrive Engineering and Coursemaster Autopilots said the show had been a good one for Hydrive with a potential new distributor in Italy as a result of contacts made at the show; "business is starting to pick up and there is a more positive vibe amongst the industry and market". 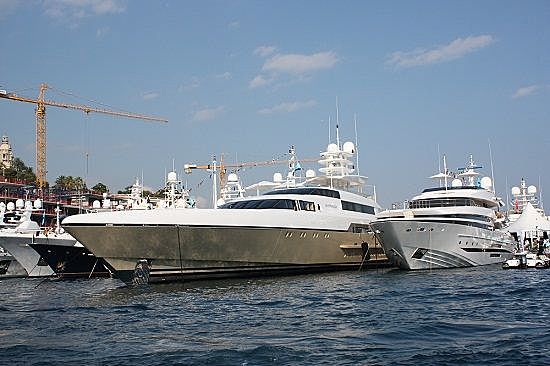 A real coup for Australia was having Hanseatic Marine's recently launched Smeralda on the water at the show. Chris Blackwell the Project Manager at Hanseatic Marine was elated having spent the show showcasing Smeralda to brokers and industry professionals who he said were very complimentary of the quality of build, finish, engineering and outfitting and many astounded at the speed range and fuel efficiency.