The technical sea trials of MY Lucia-M, the first Jongert 3900MY, went very well. Especially the way in which the yacht maneuvers, at all speeds, is remarkable. ‘It’s unbelievable’, says a spokesman of Jongert Shipyard. "This yacht weighing over 200 metric tons maneuvers like a runabout." 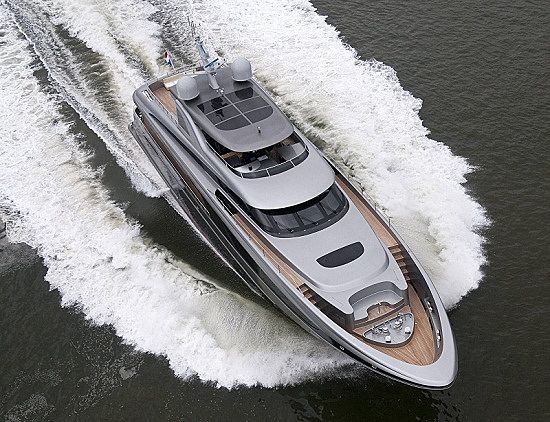 The sea trials were held on the IJsselmeer (the Old Dutch inner sea) and the North Sea. "The combination of propellers, rudders, their mutual positioning and shape of the underwater vessel is ideal for all speeds", explains a spokesman who held the rudder during the sea trials. "Executing a Williamson Turn at a speed of 29 knots is easy. Even at that speed you are always in full control. After a so-called “crash-stop” the yacht stops within three ships lengths and that from a speed of 15 meters per second. The yacht lying still with counter set propellers, without help of the very effective bow- and stern thruster, can literally pivot around its axis. The stabilizers (VT Naiad trim/stabilization system) function very well" 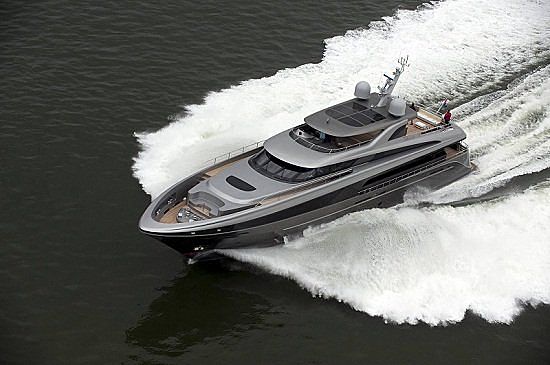 What is striking is the speed flexibility of Lucia-M. "You go smoothly from full displacement to gliding across the water. Remarkable is also the fact that on the IJsselmeer, which is only 6 meters deep, the yacht having a draught of two meters effortlessly achieves its top speed without first drawing its back deeply into the water. The master can choose from an unlimited range of speeds. Many gliders and half gliders have a relatively large speed range where you are as they say “climbing the mountain” causing unpleasant heavy stern waves and high fuel consumption". 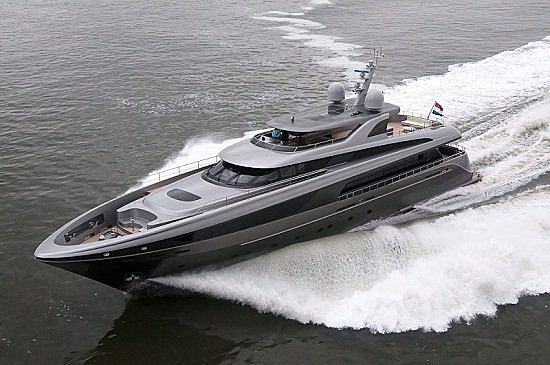 Lucia-M is the first motor yacht of these dimensions ever built by Jongert. Much attention has been paid to comfort during the design of the yacht. The motor yacht line has been developed by the yard at the specific request of several customers who appreciate the design of the Jongert sailing yachts but prefer a motor yacht. Lucia-M is the owner’s fifth motor yacht. "Our customer is an expert when it comes to products with a high degree of styling, finish, quality and performance. For private purposes he drives the sportiest type of Bentley. Now he sails his first Jongert 3900MY. In my opinion that’s a huge compliment." 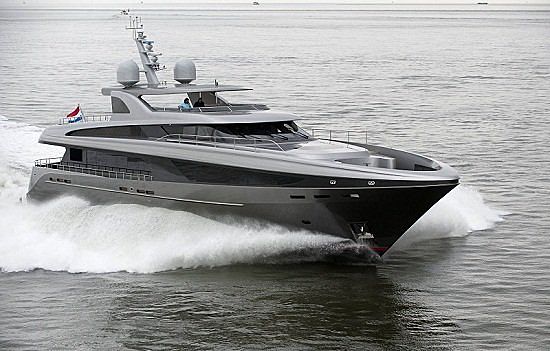 After the sea trials the owner congratulated the Jongert team for their professionalism. "I never had any doubts about this design. My expectations have even been exceeded." Furthermore he was very satisfied with the fact that the maximum speed turned out to be higher than expected. "Our customer considers the excellent performance rather as a form of active safety than a possibility he will use every day’, says the spokesman. ‘He is primarily concerned with the comfort, style, reliability and quality. On all these points MY Lucia-M scores above all expectations."

The images used in this article are copyright protected. They may not be (re)used without written authorization.