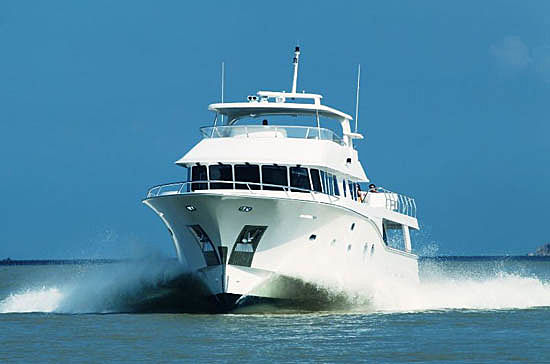 The Argos G92 delivered impressive fuel efficiency, burning only 8gph at 8.5 knots (better than one nautical mile per gallon). With her 4,000 gallon fuel capacity she has very long legs for trans-Atlantic crossings. 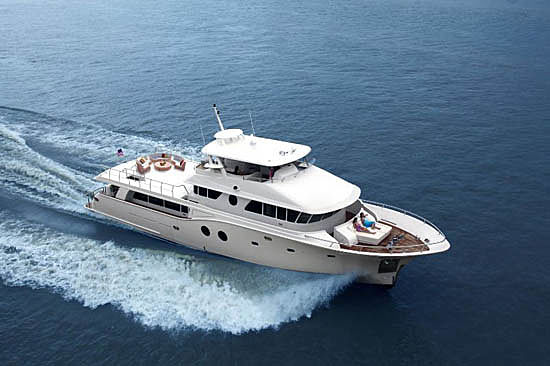 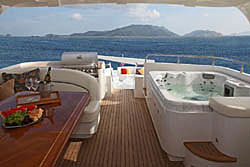 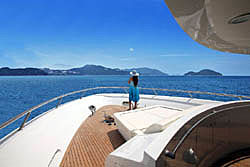 “We tested the Argos G92 in real-world Gulf Stream conditions off the Florida coast, in choppy seas exceeding six feet,” said Christos Livadas, Chairman and CEO of Tricon Marine, builder of the Argos series. “She turned in a lively performance, exceeding the highest expectations for speed, fuel efficiency, and comfortable handling.”

The tests were performed in 90-degree temperatures and high humidity suggesting that on a standard day her performance capabilities may do better.

The Argos G92 sits square on her lines at anticipated displacement, weighing in at 155,000 lbs light and approximately 190,000 lbs fully loaded, as prescribed by the original design.

Her numbers at sea trial were very close to those demonstrated during extensive tank tests performed at BC Research in Vancouver, BC, Canada. 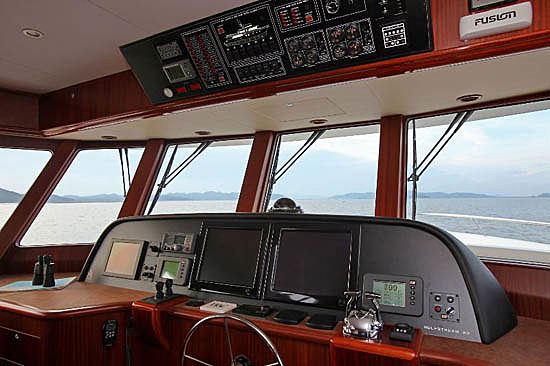 The Argos G92 is equipped with one of the first hybrid hulls ever developed. Co-designed by renowned hydro-engineer/marine architect Howard Apollonio and the company’s internal design team, it bestows her with speed, range and greater seaworthiness. 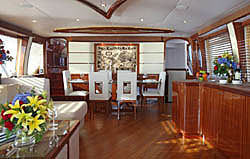 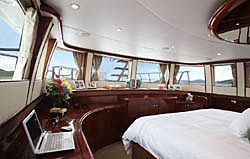 With a rounded V entry, the Argos G92 glides through the water effortlessly at displacement speeds and cuts through challenging head seas at higher cruising speeds. Her hard chines aft keep her stable at lower speeds and allow her to plane easily and achieve speeds much higher than those typically associated with “displacement” boats. 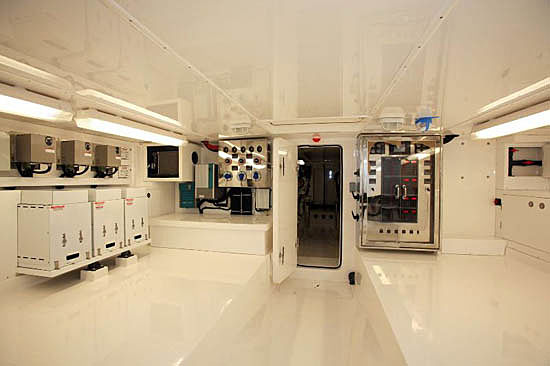 The Argos G92 sets new standards in versatility in her range of use, whether it be racing to the Bahamas for a weekend, or making long journeys to the far corners of the globe. Finally, one yacht can do it all.