The Chinese shipyard Sunbird Yacht has recently completed a 34-metre motor yacht. Named Saadiyat, the construction of the superyacht was kept completely under wraps for the duration of the project, with the yard also choosing to not announce her delivery last year. 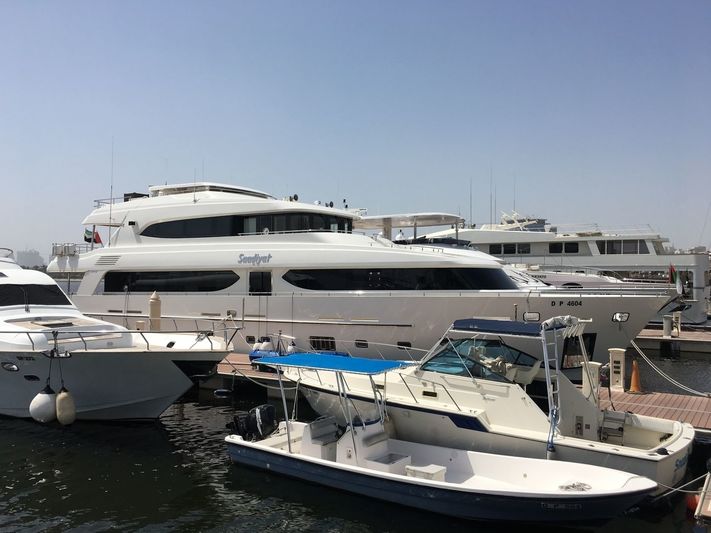 Photo: Maarten Janssen / SuperYacht Times The contract for Saadiyat was signed in September 2015 and construction started in December of the same year. Her construction took just under two years, and she was delivered to her owner from the United Arab Emirates in September 2017.

Although few details are yet known regarding Saadiyat, it has been confirmed that she has a beam of 7.47 metres, a volume of 296 GT, and is built out of composite to RINA class. The Sunbird Yacht yard is based in Zhuhai City, China. Saadiyat marks the second completed superyacht for the builder, with the 30.85-metre motor yacht Lie Hu Zuo Hao delivered in 2012.

If you have more information regarding Saadiyat or other superyachts from Sunbird Yacht, get in touch at [email protected].