Sunreef Yachts has just announced the successful launch of the first Sunreef 80 Eco, a new generation of sailing catamaran that is powered by fuel-free propulsion in an all-electric system. The yacht employs a solar power system that features ultralight composite integrated solar panels within the sides of the hull, mast, superstructure and bimini roof. Her mast will be installed in the coming stage of her build. 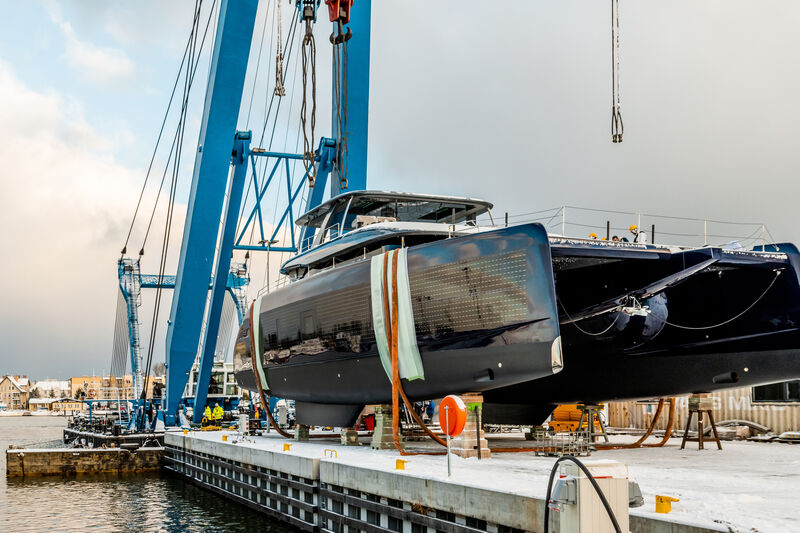 In a first for the industry, the photovoltaic system can deliver up to 36 kilowatts per hour. Francis Lapp, Sunreef Yachts Founder and President commented at the launch, "We take a great step forward with this truly pioneering yacht. Renewable energy is the key element in the design of the Sunreef 80 Eco. Thanks to a revolutionary solar power system, hydro-generation and performance sails, the Sunreef 80 Eco provides full autonomy, relying on the sun, water and wind." 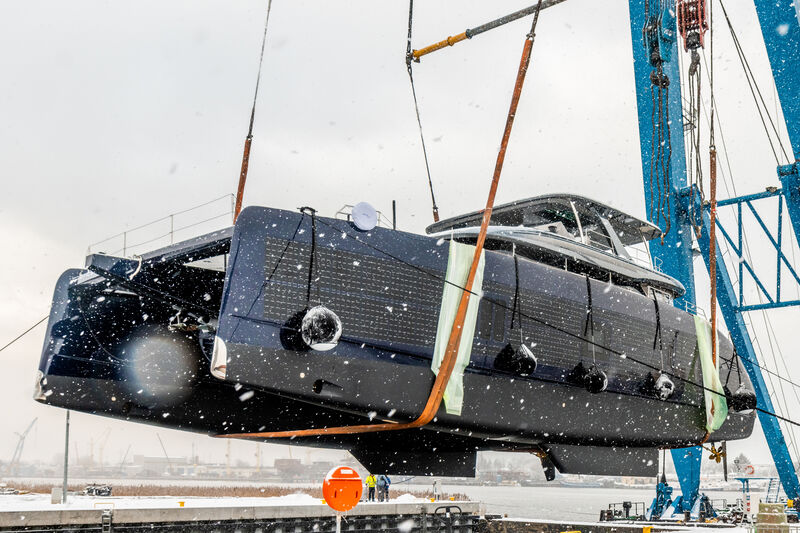 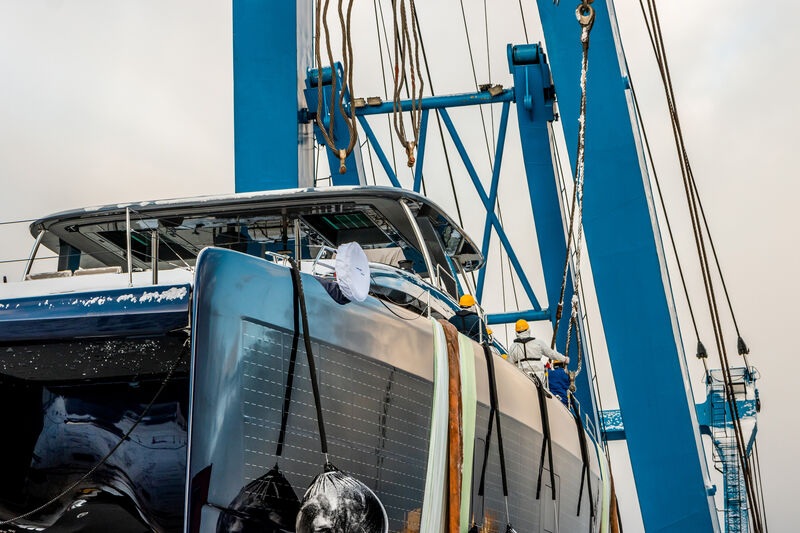 The yacht's propulsion comes from two 180 kilowatt electric engines and while under sail the yacht recovers energy from the passive motion of the two propellors thanks to an advanced hydro generation system. 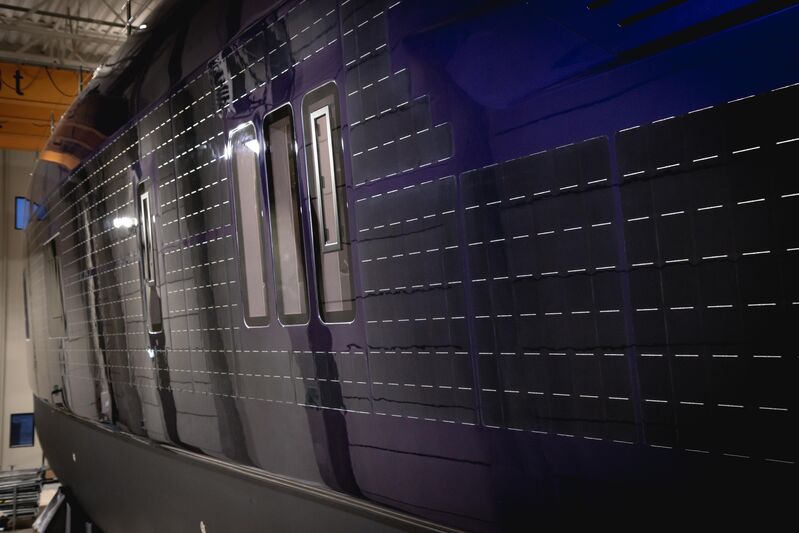 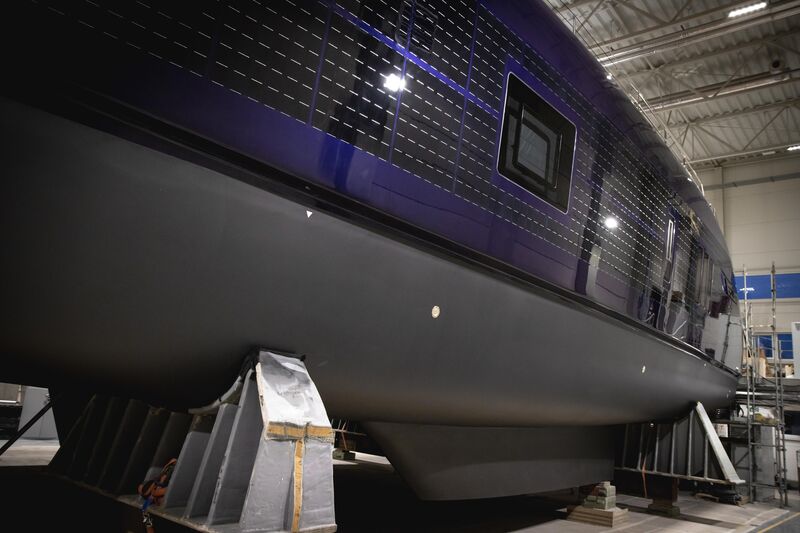 The energy obtained from this system will be used to power both the yacht herself and the house appliances. The system will be able to generate over 15 kilowatts per hour while cruising above 7 knots. 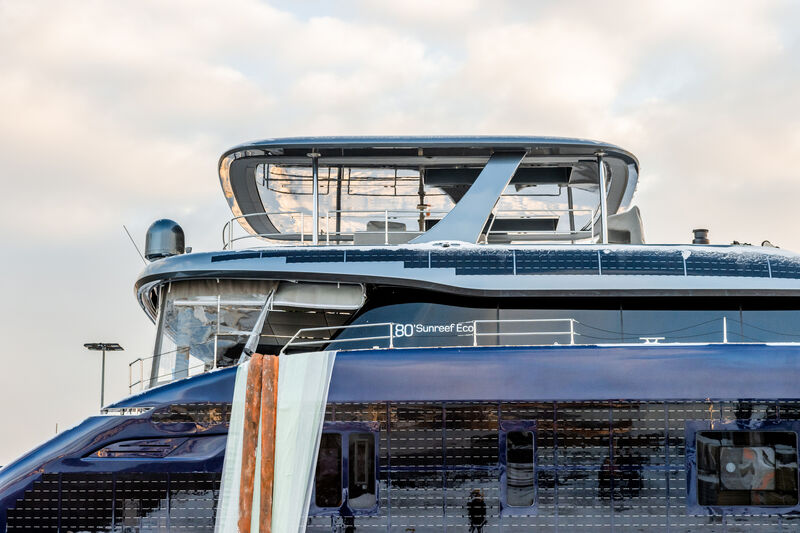 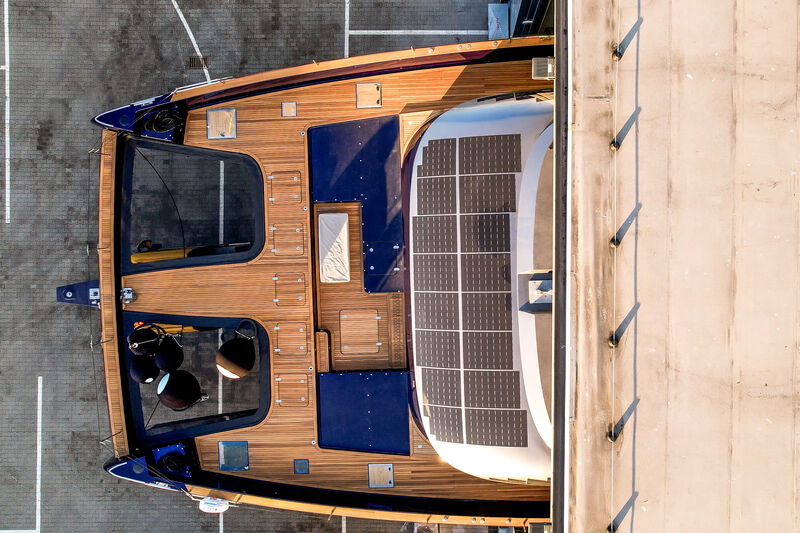