Sunreef Yachts has announced they will be attending the upcoming Qatar International Boat Show held between the 11th and 15th November in Doha, where they will disclose further details of its custom power and sailing catamaran-superyachts as well as exhibit the 70 Sunreef Power Damrak II. 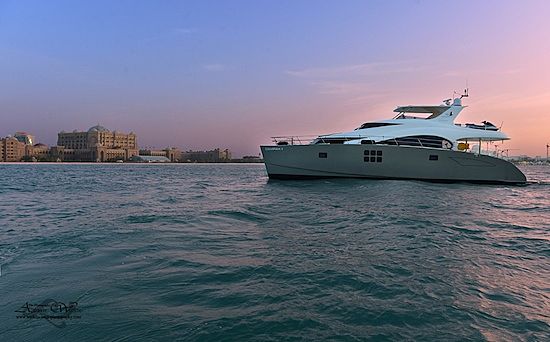 The 21.33 metre luxury catamaran is described by the shipyard as a "floating villa", with superior performance and a sporty looking streamlined vessel that offers stability, extensive storage space, top comfort of cruising and low fuel consumption. The yacht is fully equipped with water gadgets and surrounding systems and comes in an elegant interior design.

Sunreef Yacht’s presence in this region is partly due to the growing interest in Sunreef`s catamarans around the great Persian Gulf, and this will mark the shipyard’s second participation in QIBS. Founder and CEO of Sunreef Yachts, Mr Francis Lapp, comments, “This year we decided to display our 70 Power Damrak II because we strongly believe that this motor star will interest the most sublime visitors of the boat show.”

The shipyard is planning on opening new offices in key locations around the region in the near future in addition to their new office in Bahrain which opened earlier this year.