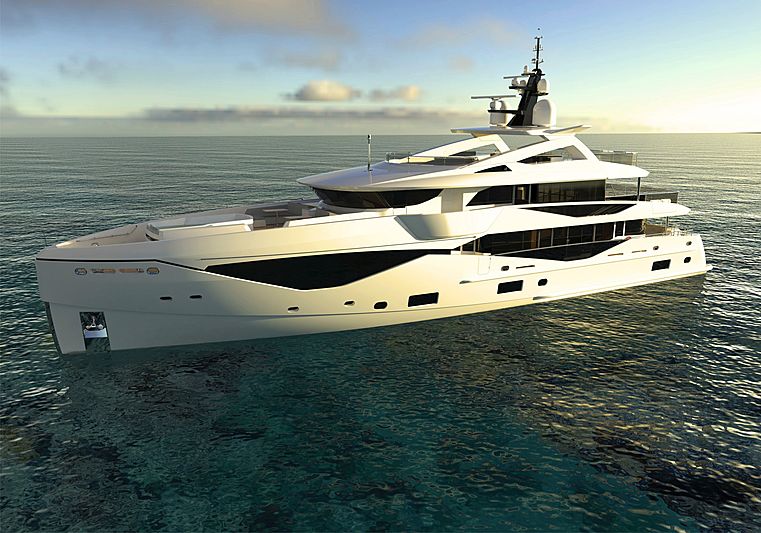 The new model has been created as part of the major new product development plan announced by Sunseeker’s new CEO, Andrea Frabetti, and she will be ready to launch in 2021.

The plan will see the entire range doubling in size to 22 models during the next three years. The majority of these will continue to be built in GRP whilst some in the 'superyacht series' will be built in aluminium.

The interiors are the work of Design Unlimited and feature infinite mood choice via subtle lighting integration. 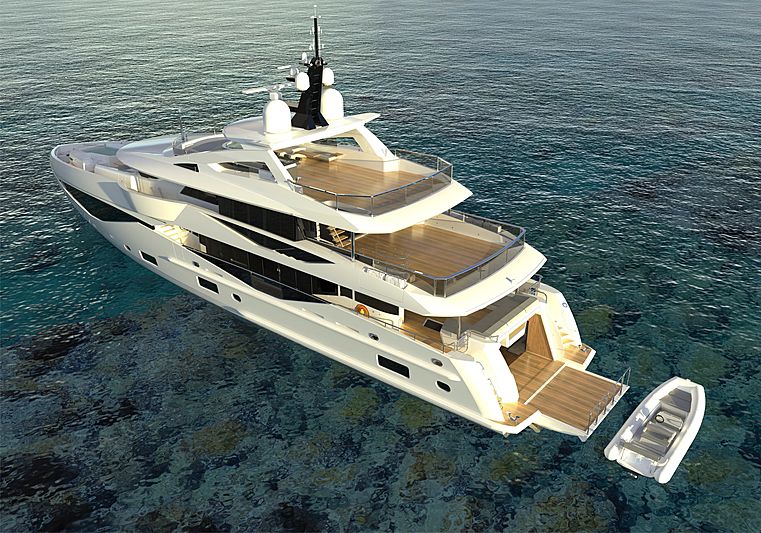 Photo: SunseekerThe large sky lounge deck is just one of the various entertainment areas, and grants access to the foredeck via two parallel side stairwells or the upper deck. The full-beam beach club can be reconfigured to accommodate tenders in either a garage or within the foredeck spa pool and launched via crane. Guests can also be entertained on the dedicated aft deck, which merges with the large saloon, which features a bar surrounded by bi-fold doors on either side and an electrically lowering central glass panel. 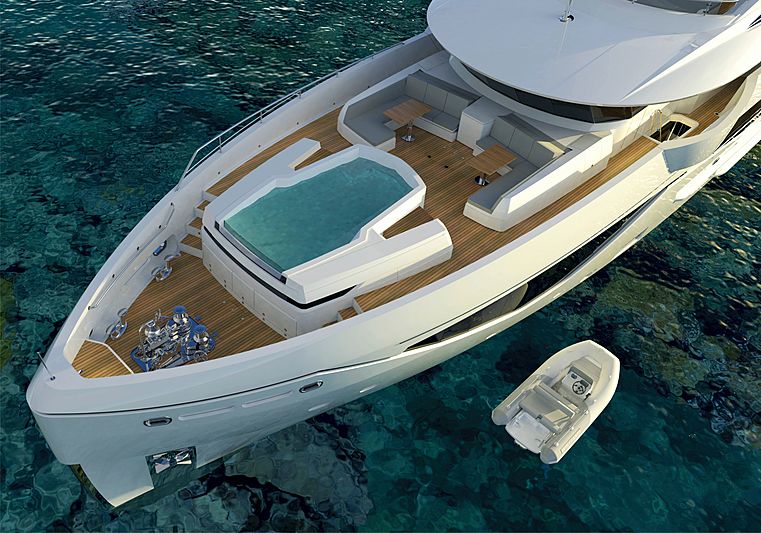 Photo: SunseekerGuests are welcomed on board via double doors amidships leading to a spacious starboard lobby and can access the main saloon and dining area, master suite and guest staterooms located forward via the main staircase. On the port side, the side deck and door on both main decks can be used exclusively for crew.

At 448 GT, the Sunseeker 133 offers 27% more interior volume than her sistership, the Sunseeker 131, and will be able to reach top speeds of 24 knots and a range of 3,500nm thanks to her MTU 16V engines and hybrid system. Owners can opt for smaller 12V engines to deliver an improved range and zero emissions as Sunseeker’s intentions were to future-proof the new model against upcoming changes to emission regulations.