Sunseeker International has confirmed the first of its new flagship tri-deck 155 Yachts, Blush, has left the shipyard for the first time and is set to enter testing in early February. Making its way onto the quay last weekend, the 155 Yacht was on full view for the first time for all to see. This was the first opportunity to see the boat in all its glory and fully appreciate the yacht’s sheer size, design and intricate detailing. 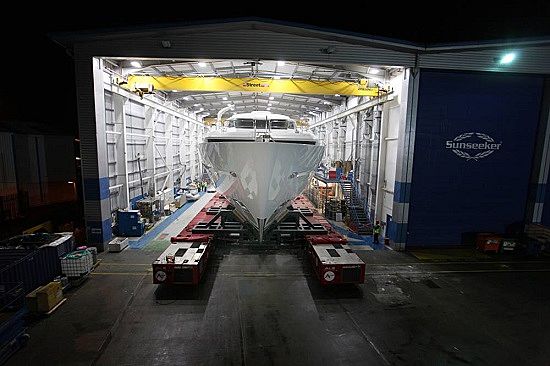 Having already undergone rigorous shore based testing at the Sunseeker shipyard facility in Poole, the 155 Yacht is now preparing to undergo its sea trials. Now that the 155 Yacht has been fully unveiled, the team at Sunseeker International is preparing to launch her into the water in early February, when the boat will be put through its paces before being delivered to its owner in the early spring. 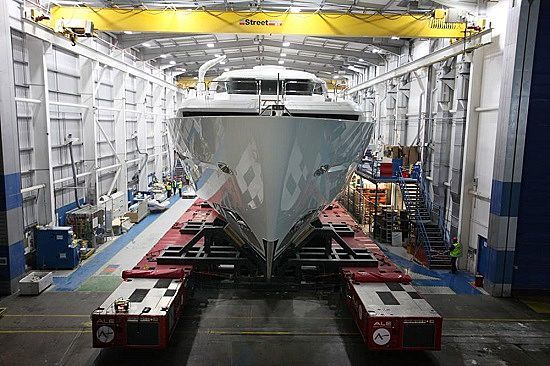 Commissioned by Formula 1’s Eddie Jordan, the first 155 Yacht has been the talk of the town since it was first announced. What’s more, Eddie Jordan has taken advantage of the bespoke element of this Super Yacht and embraced every opportunity to stamp his unique marque on it.

The new 155 Yacht’s innovative design and build process allows its owners a virtually free-hand when designing the yacht to their own specification and boasts an impressive range of up to 4,000 nautical miles. 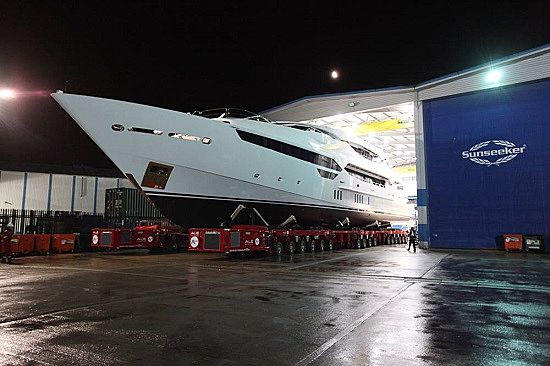 With the 155 Yacht, Sunseeker takes the concept of series building with personal customisation one step further with a modular build methodology which enables the owners to have direct input not only to the interior design and layout but the actual superstructure of the yacht. The 155 Yacht itself boasts impressive accommodation for up to 12 guests in ultimate style and luxury, while the forward lower deck area can accommodate up to 10 crew, with a separate captain’s cabin.

The 155 Yacht is the biggest project ever undertaken by Sunseeker International and is the first ever semi-displacement, round bilge hull from the company. 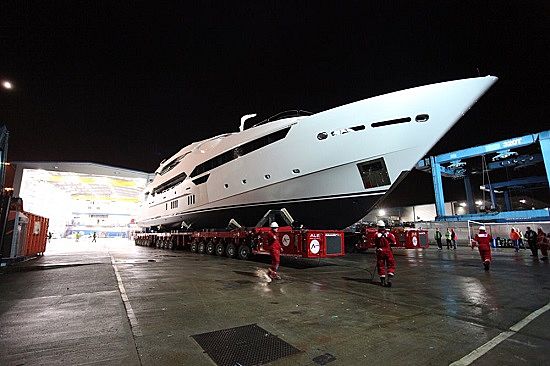 Beyond the impressive statistics it is the contemporary interior and exterior design which truly makes the 155 Yacht stand out from the crowd. Hull number one will have a completely painted exterior, featuring a stunning ice blue hull. While the unique interior will feature an exclusive design palette which highlights gray, blue, green and an overall chic aqua feel.

The accommodation on the 155 Yacht is equally as stunning, with two VIP cabins on the main deck which feature ceiling to floor glass windows creating a dramatic feeling of light and space, as well as spectacular views. 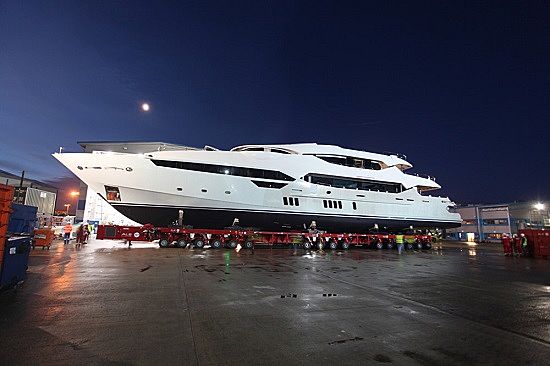 The first 155 Yacht will also include a formal dining area with side patio doors, balconies for uninterrupted sea views whilst dining and a fully equipped commercial galley.

While the spacious and stylish private accommodation is clearly one of the most appealing features of Sunseeker’s flagship yacht, it is the expanse of entertainment space which makes it truly stand out. The upper deck alone features a huge sky lounge which can be dedicated to private entertainment. 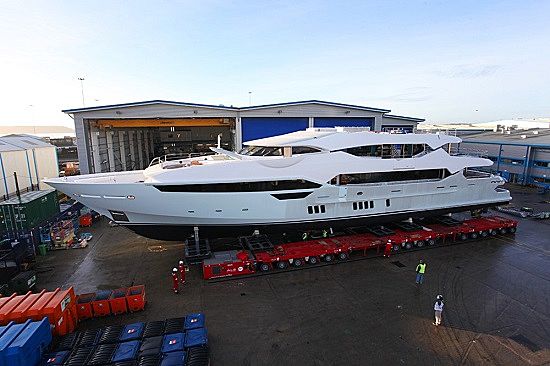 Stewart McIntyre, Managing Director at Sunseeker International, commented: “This is an extremely exciting time for Sunseeker as we inch ever closer to the completion of the 155 Yacht. This is the biggest project we have ever undertaken and since the announcement of its build it has been the talk of the industry. We are incredibly proud of what we have created and look forward to showcasing it to the world.”

Once delivered, Blush will be available for charter with Camper & Nicholsons International.