In January Sunseeker introduced the first Sunseeker 34MLa Volpe (featured on SYT) at the London Boat Show. Last month the second Sunseeker 34M, named Natali of Monaco, was completed and she is now underway to the Mediterranean where she will make her debut at the 2008 Monaco Yacht Show. 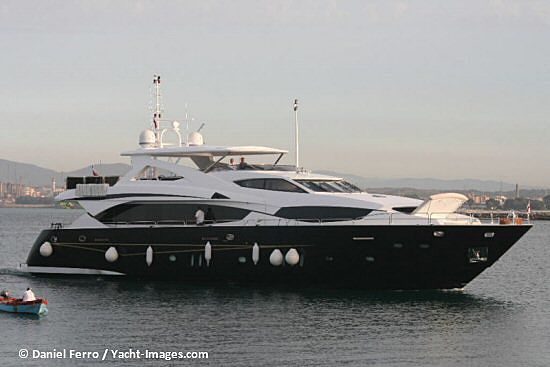 Designed by the in-house team of Sunseeker, the 33.91m Natali of Monaco arrived in Gibraltar on 7 August 2008. With her twin MTU engines she can reach a top speed of 26 knots and cruise over 1200 nautical miles at 10 knots.

Natali of Monaco will be available for viewing at the Monaco Yacht Show, berth T17, please contact Sunseeker to arrange your visit.