Launched in the summer of 2018, Sunseeker has spent the past winter months outfitting and customising its latest 116 superyacht named Independence. The project was recently completed in Poole, UK and loaded onto a transport vessel for delivery to her owner. 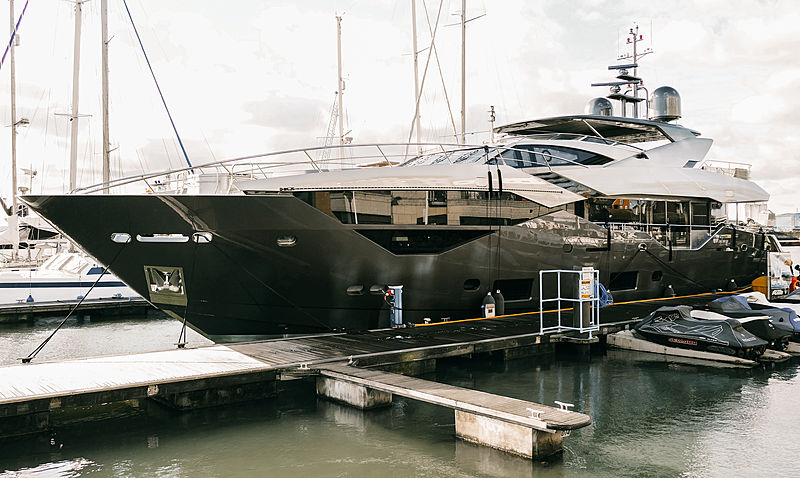 Independence is one of several units in the Sunseeker 116 Yacht line which was first introduced in 2016 with the launch of Sesame, and stands out from her all-white sisterships with a customised exterior of dark grey and silver accents for a sporty and athletic look.

One of the most unique Sunseeker yachts now in operation, Independence is equipped with two sets of large sliding doors on the main deck while complimentary recessed bulwarks allow for a beautifully illuminated main saloon. Sunseeker’s signature split-level windows in the master suite forward on the main deck ensure that here too the owner gets to enjoy uninterrupted views of the yacht’s surroundings. 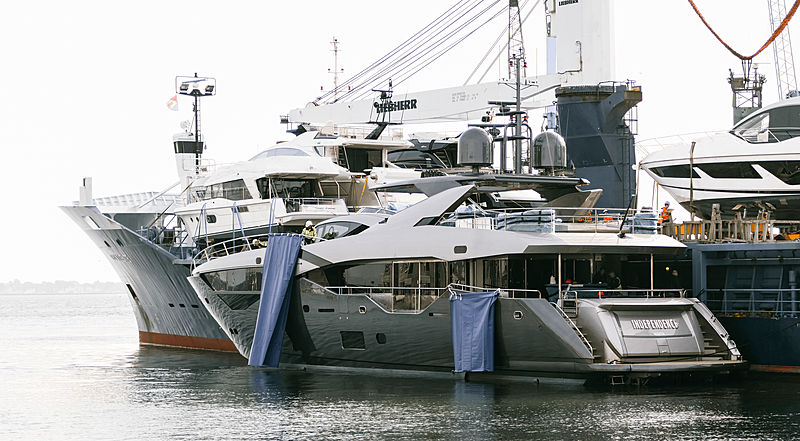 The standard Sunseeker 116 Yacht accommodates up to 12 guests and five crew members. At cruising speed, Independence can cover up to 1,500 nm and is believed to reach 26 knots at full speed. 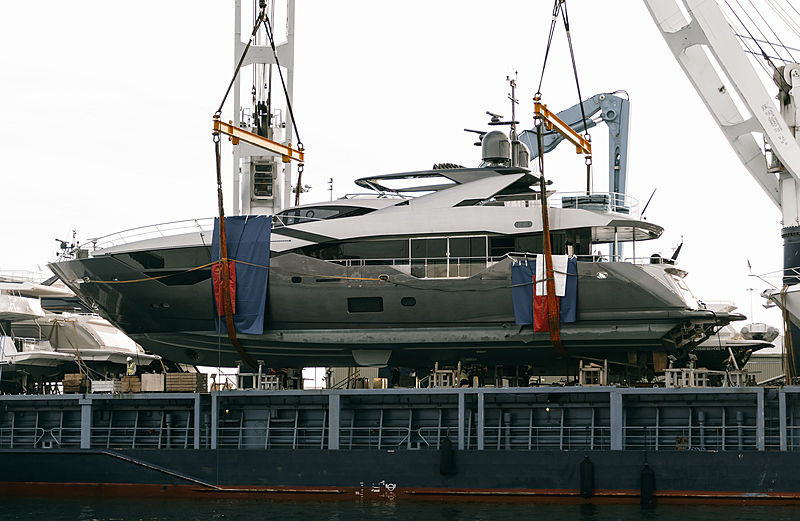