British shipyard Sunseeker has recently released the following pictures of the new 47.25 metre Sunseeker 155 superyacht emerging from the shipyard in Poole Harbour for the very first time. She is the second hull of the Sunseeker 155 series, and the largest yacht to come out of shipyard to date. 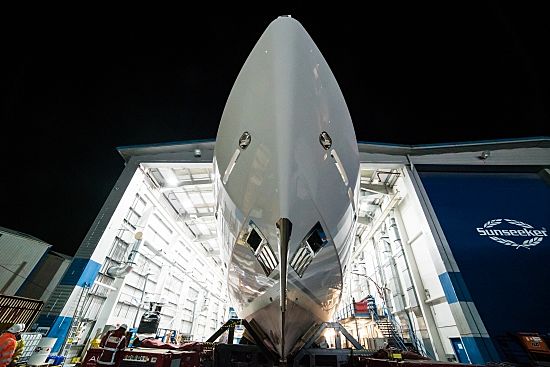 On board she accommodates up to 12 guests over six luxurious cabins, consisting of a full beam master suite, two VIP staterooms, and three double cabins that can be conveniently converted into twin cabins as desired. She also accommodates a crew of 10 on board. The brief for the vessel was to create a seamless connection with the sea, achieved by balconies on either side of the main deck saloon, and French doors in the skylounge which open onto a fold down terrace. 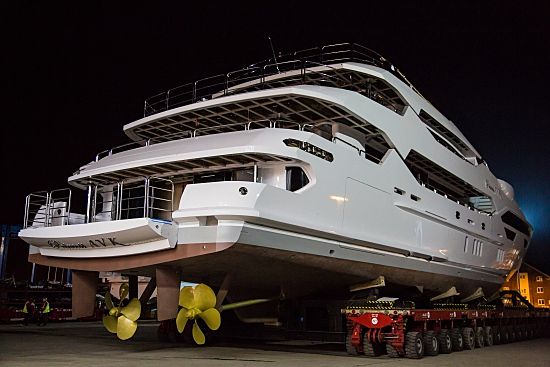 Amongst her highlights is a full-length stone finished bar in the upper saloon as well as the port-side balcony which offers uninterrupted views from the lower saloon. She hosts a wide array of water toys on board, including wakeboards, a Yamaha waverunner, two Seadoo jetskis, and two seabob F5S. 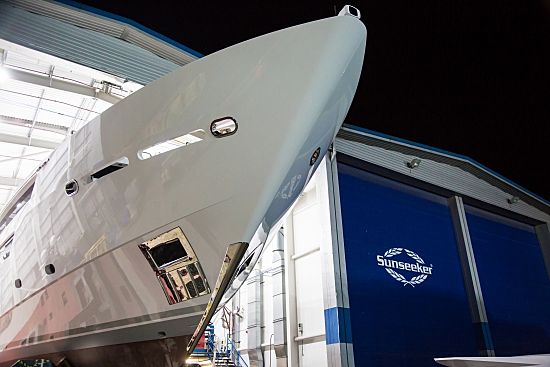 In regards to her performance, she will be powered by twin MTU 16V4000 engines, providing her with a top speed of 24 knots. 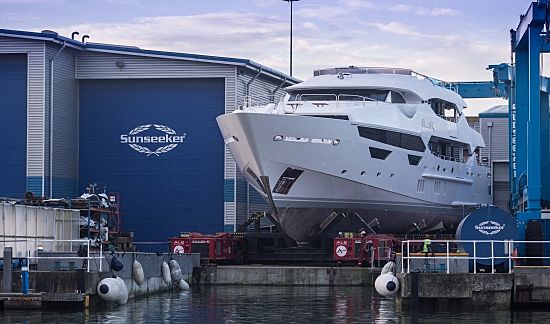 She is expected to be named Princess AVK upon delivery to her owner, and has been referred to as Project Gold Diamond throughout her two year construction. Camper & Nicholsons will offer the yacht for charter later this year in time for the summer cruising season. “This is a brand new yacht with all of the latest technology,” says Gayle Patterson of Camper & Nicholsons. “Princess AVK has evolved from the first 155, she has an experienced crew and everything you could expect to find on board the finest charter yacht on the market.”

The inaugural Sunseeker 155 named Blush was launched by the shipyard in 2014.