Matthew Stanton of Sunseeker Monaco have announced the sale of hull number four of the British yacht brand’s newly designed 116 Yacht. The buyer was introduced by Yachting Concept Cannes, and attributes the sale directly to Sunseeker’s presence at the recent Monaco Yacht Show. 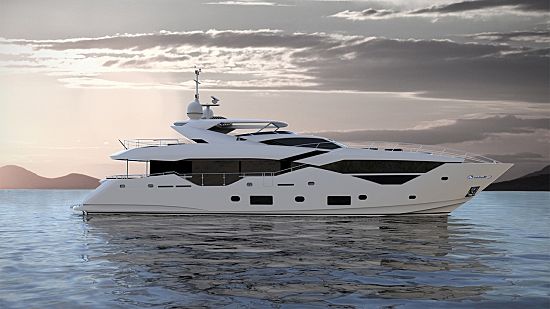 The new construction project is set to be delivered in late 2016. The new 116 is based on the proven engineering platform of the 115 Sport Yacht, but features an all-new redesigned deck and superstructure with an open foredeck area consisting of a private entertainment area with the option of a large hot tub.

“We are delighted to have worked so closely with Yachting Concepts Cannes who represented the buyer to gain the order for a new construction Sunseeker 116 Yacht," says Stanton. "This is just one of many successes which took place during a most successful Monaco Yacht Show, underlining the strength of the Sunseeker brand in the super yacht market.”

The “other successes” Matthew is referring to are the final negotiation stages with two other clients for the new construction of Sunseeker 131 Yachts, set for 2016 and 2017 deliveries respectively.