Construction of the second Sunseeker 155 Yacht is underway as the team at Sunseeker International’s shipyard in Poole laid the keel of the hull.

This is the first stage in the build of the second 155. A significant development in the construction of the 155 Yacht, the laying of the keel, was overseen by client representatives and also by Sunseeker International’s founder and group president, Robert Braithwaite. 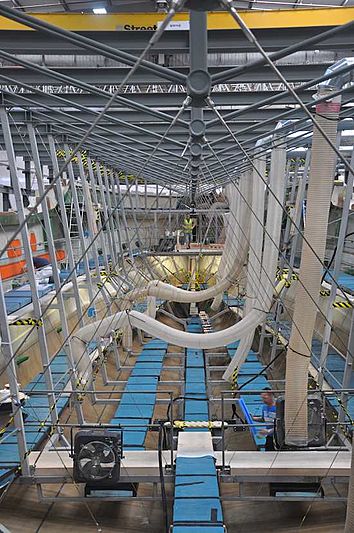 There will be distinct differences between the two yachts. The latest 155 Yacht will boast windows running from floor to ceiling in both the master stateroom and the two double guest cabins, and the second 155 Yacht will be powered by the more powerful Twin 16V MTU’s.

The client is currently working with the Sunseeker team to finalise the details of the interior design to ensure the yacht is unique to them and reflects their personality.

The yacht is scheduled for completion in early 2016.