Dockwise Yacht Transport's (DYT) newest ship, the 687.5-foot (209 meter) Yacht Express, left Ft. Lauderdale last Friday with a full load of cargo: $154 million worth of private luxury and sport fishing yachts. The largest vessel of its kind in the world, Yacht Express was purpose-built at Yantai Raffles Shipyard in China with a semi-submersible dock bay that allows yachts of any size to be safely floated on and off as cargo. 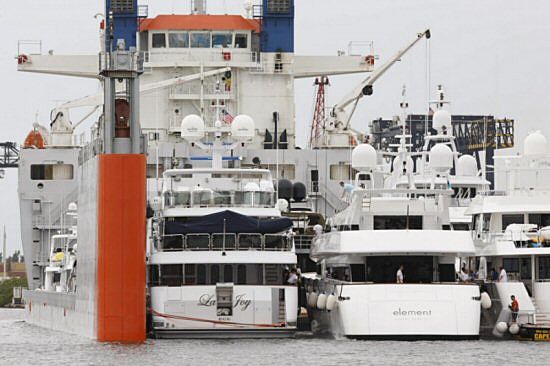 This is its first run on a regularly-scheduled round-trip route between Florida and the Mediterranean, which typically takes 15 days each way. The super ship's size and power (it has a service speed of 18 knots) can pare down the transport time to as few as 10 days. The float-on/float-off process is unique to DYT, which operates three other semi-submersible yacht carriers. Headquartered in Ft. Lauderdale, Florida, DYT is a wholly owned subsidiary of Dockwise Ltd. (Hamilton, Bermuda), the global leader in maritime transports and installation. 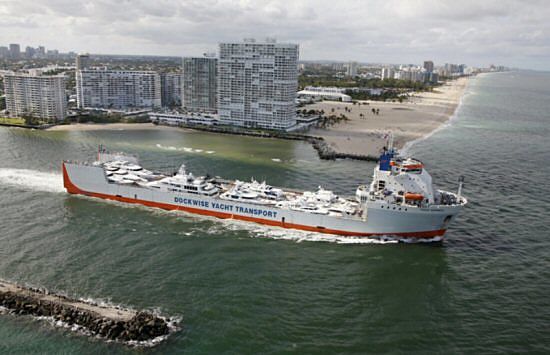 "The first trans-Atlantic spring voyage of Yacht Express is a great milestone for us and the yachting community," said DYT President Clemens van der Werf, "as it provides yacht owners with a state-of-the-art transport facility with additional accommodations for crew who are riding along." Yacht Express is more than 130 feet longer than DYT's other carriers and features such added amenities as complimentary cabins, an atrium with lounge bar and swimming pool, restaurant and cinema, as well as conference, media and fitness facilities. 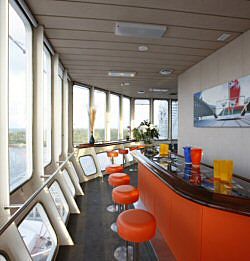 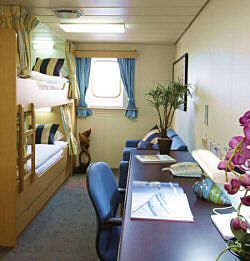 "I'm half tempted to come back across on the ship myself in the Fall," said owner John Walsey (San Francisco, Calif.), whose first mate is accompanying Walsey's new power yacht, the 121-foot Broward named Java, on the ride across the ocean. "Or maybe I should just charge my crew members for the ride, since this is like being on a cruise ship," he joked. Walsey, who has used DYT's float-on/float-off services a half-dozen times, toured the new ship while Java was being loaded. With the rising costs of diesel, he calculates that the price tag for the DYT service saves him money in the long run, not to mention time. "It also allows the rest of the crew some time off," he said, "and alleviates wear and tear on the boat and its engine."