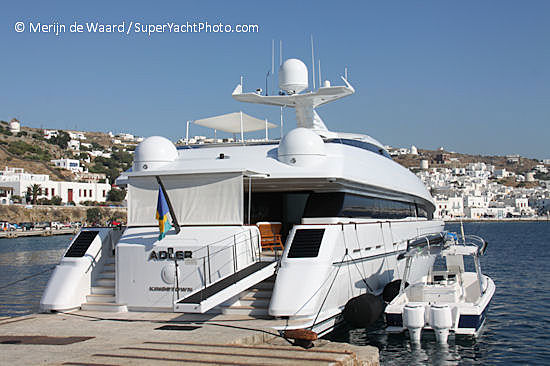 Superyacht Adler in the Mykonos harbour

The 41m Adler was designed by Gary Grant and built by the Lauderdale Marine Center, Fort Lauderdale in 2005. Adler, named after the German word for eagle, reaches a top speed of 50 knots. Seen here in the harbour of Mykonos, she can sleep 10 guests and 6 crew.