Following a lengthy construction period, spanning in excess of 13 years, Devonport Royal Dockyard in Plymouth has delivered the 49.9 metre superyacht Alamshar. The waterjet propelled yacht, designed by Pininfarina, is powered by six gas turbines, yet is also able to cruise using just one of her six engines, for better fuel efficiency. 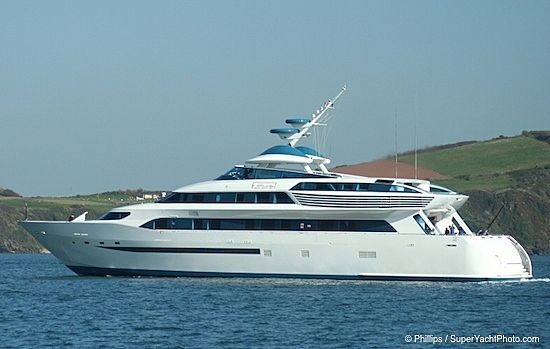 During the construction of the yacht, different combinations of gas turbines were considered but the final choice came down to the Pratt and Whitney model ST40M, extensively used in the Norwegian Navy together with the Rolls Royce 601-KF11. This change les to a substantial modification to the Renk reduction gears.

COGAG gears connect two gas turbines for a single shaft output power to a waterjet. The transmission of power to the waterjet may be from either connected turbine, or the combined power of both. 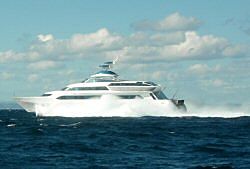 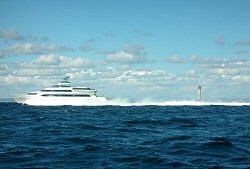 Two of the objectives of an all-gas turbine yacht were to achieve noise-free and vibration-free propulsion. At the design stage, the Naval Architects, Donald Blount and Associates (DLBA) investigated a third objective. This concerned the aerodynamics of a vessel expected to be fast, - to develop wind-free spaces whenever the vessel was operated at high speed. This has been achieved both at the main deck level and the two decks above.

The yacht’s interior is created by Redman, Whiteley & Dixon.

The yard commented that the construction of the yacht ’’resembled much more the development of a first-of-type military vessel or NASA project than might have been imagined by observers totally outside the project itself’’.