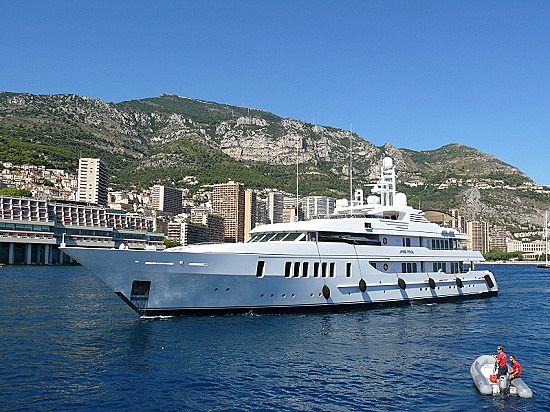 The 60.96m Feadship April Fool was built in 2006 at the Van Lent yard in Kaag. She features an interior by Janet Leroy, based on a concept design by French interior firm Larvor. In addition to a superb full-beam owner’s suite, April Fool has four spacious staterooms and quarters for up to eighteen crew. Powered by twin 2000 hp Caterpillar 3516B DITA engines, she cruises at 13 knots, and reaches a maximum speed of 16 knots. She is for sale at € 49,000,000 with Merle Wood and Burgess.