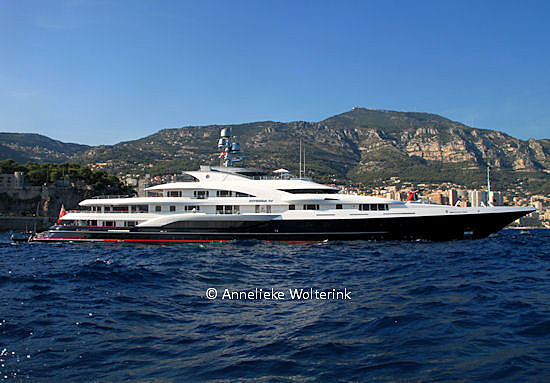 The 100.58 metre superyacht Attessa IV was originally built in Japan in 1998 as the 92 metre Evergreen. In 2007 she was bought by her current owner who completely re-build the yacht in three and half years. Her new exterior lines and interior decoration are by Glade Johnson Design.