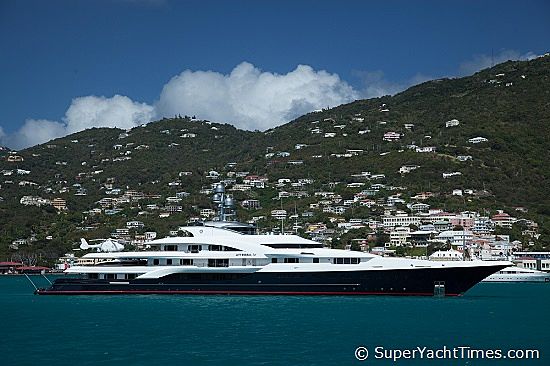 The 100.58 metre superyacht Attessa IV, seen here at anchor in Charlotte Amalie, USVI, on Thursday Feb 20th, was originally built in Japan in 1998 as the 92 metre Evergreen. In 2007 she was bought by her current owner who completely re-build the yacht in three and half years. Her new exterior lines and interior decoration are by Glade Johnson Design. Her owner is no stranger when it comes to rebuilding large yachts. He also rebuilt Attessa, a large Feadship which he still owns, and several smaller superyachts before that.