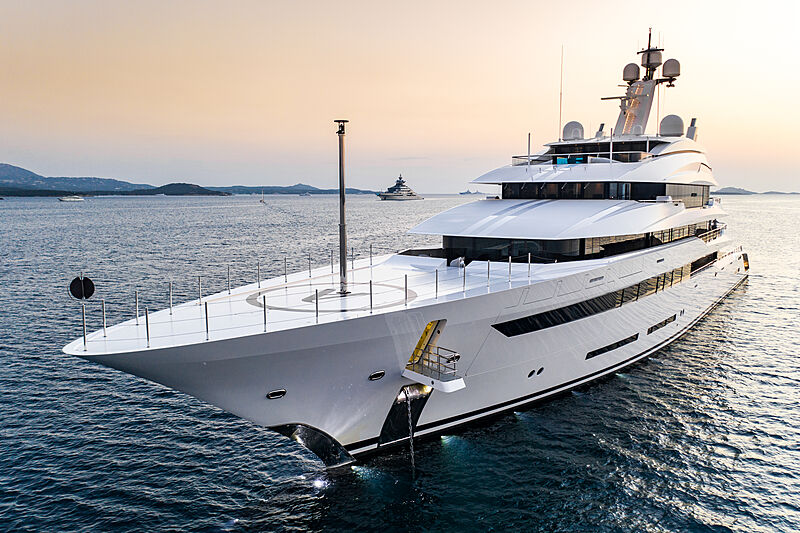 Photo: Charl van Rooy / SuperYacht TimesSpotted this week in Porto Rotondo, between the Gulf of Cugnana and the Gulf of Marinella, is the 87-metre Lürssen superyacht Avantage. Built under the name Hawaii, she was delivered last year by the Rendsburg-based shipyard in Germany. Featuring both exterior and interior design by the award-winning British superyacht designer Bannenberg & Rowell, Avantage’s exterior is characterised by open deck spaces, elegant lines and a large foredeck that carries the yacht’s emblem. She is powered by twin MTU 16V 4000 diesel engines, delivering 2,311 horsepower each.

Support Yacht Intrepid in the South of France

Lürssen Superyacht Capri I in Milos