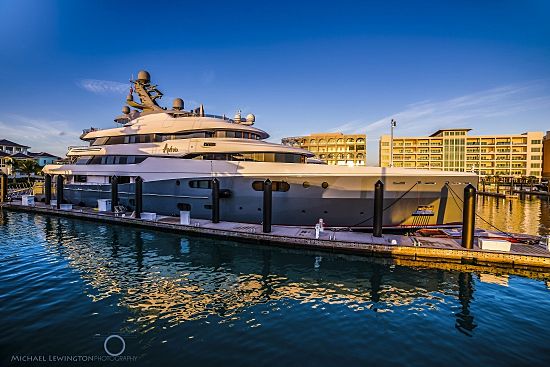 The 68 meter Abeking & Rasmussen Aviva, pictured here in Albany in the Bahamas, was built in 2007 to a Reymond Langton Design. Her distinctive grey hull and sheer bow make her instantly recognisable even in the most crowded of anchorages. The same British design studio, Reymond Langton Design also created her interior, of which no photos have ever been released. Aviva is used extensively by her owners, often spotted in new locations around the world, such as here, in London in 2011. Aviva is powered by twin CAT 3516, 1492hp engines allowing her to reach a top speed of 16.5 knots.