Azimut have unveiled the brand’s newest flagship superyacht, the 38.2-metre superyacht Azimut Grande Trideck, with the announcement of the delivery of the first hull. At 300 GT, she is the largest yacht to be built by the Italian shipbuilders, Azimut Yachtsand their first triple-decked yacht.

The exterior lines of the Azimut Grande Trideck were penned by Alberto Mancini Yacht Design and her naval architecture was completed by her builder, Azimut Yachts in collaboration with Pierluigi Ausonio who worked with the shipbuilder's research department. 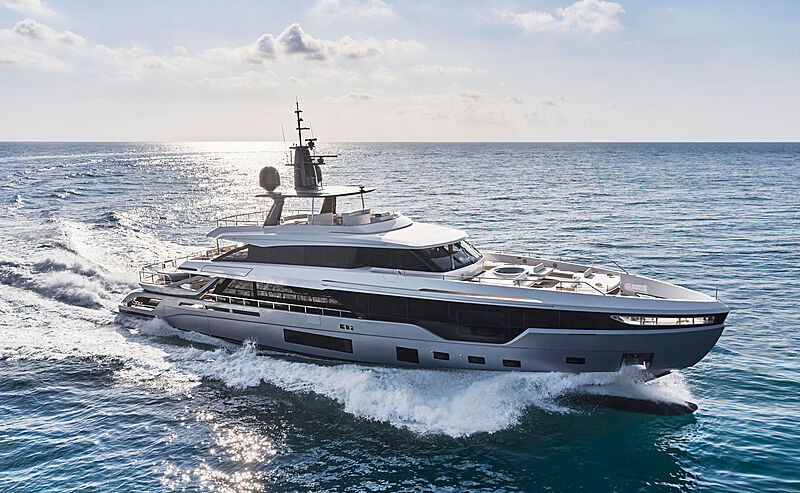 The superyacht Azimut Grande Trideck is the newest member of the Carbon Generation range, and her superstructure is made entirely from laminated carbon fibre for a 30% reduction in weight and an absolute reduction of 6 tons. 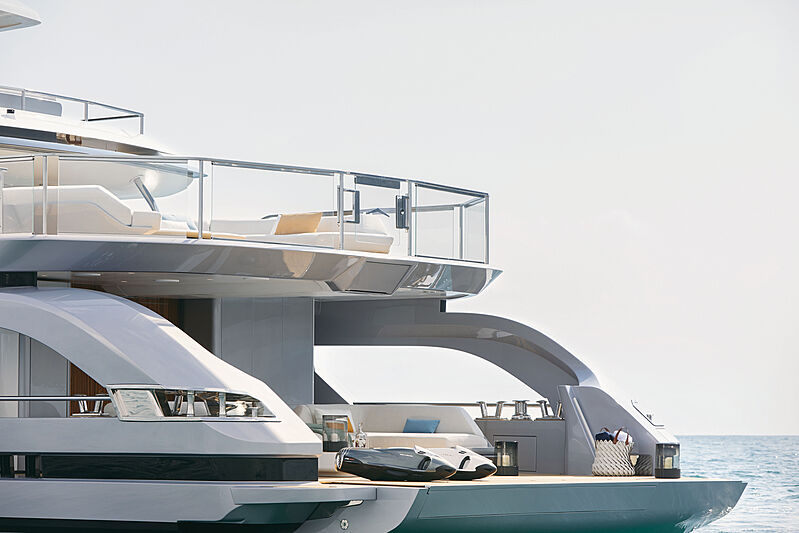 She sports a Displacement to Planing (D2P) hull, which saves 15% more fuel when compared to her smaller sister, the Grande 35 Metri. Additional environmental considerations were taken, such as the superyacht’s ‘hotel mode’ which can be switched on for four hours during the day or eight hours at night. All of the hotel functions of the yacht can run with no emissions, noise or vibrations. 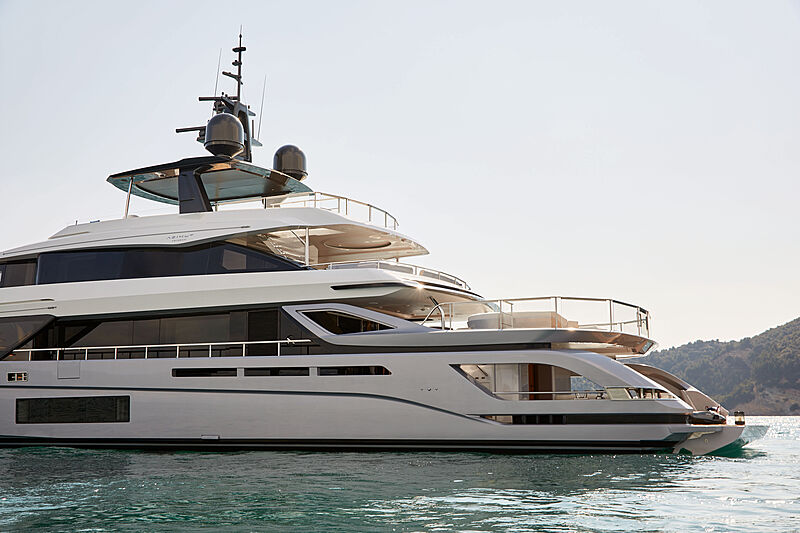 Styled as “three decks + one”, the Grande Trideck superyacht features a cascading three deck layout but from the rearview appears to have four as it sports an additional deck at the stern. The Sea View Terrace, as the builders have named it, is situated at her main deck and is almost 30 square metres and features a C-shaped seating area. 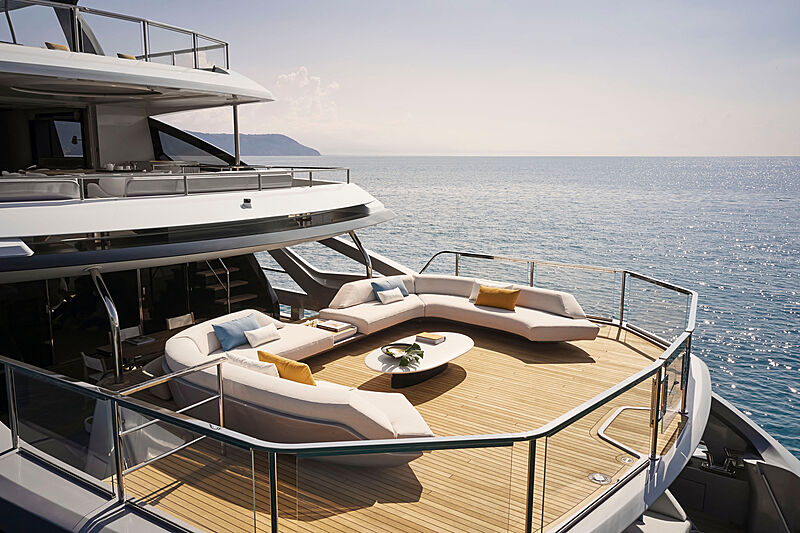 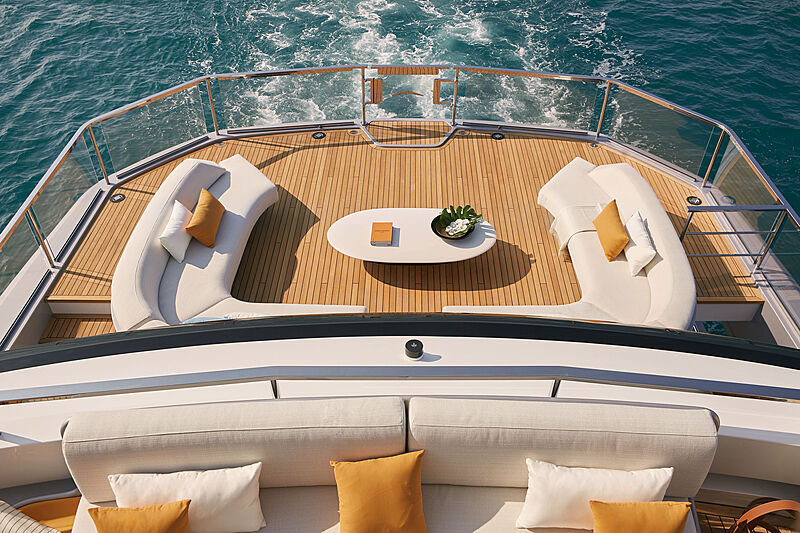 Additional deck space includes her beach club situated at the superyacht’s stern, which is almost 30 square metres in area when her transom is opened. The area is complete with 2-metre, full height openings to her port and starboard to allow air and light to flow into the area, which creates an open feel to the space. Her stern terraces cover more than 60 square metres. 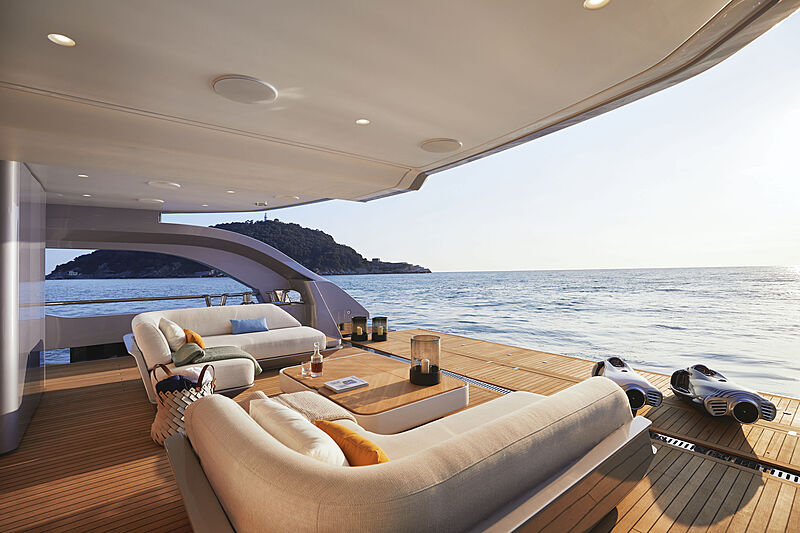 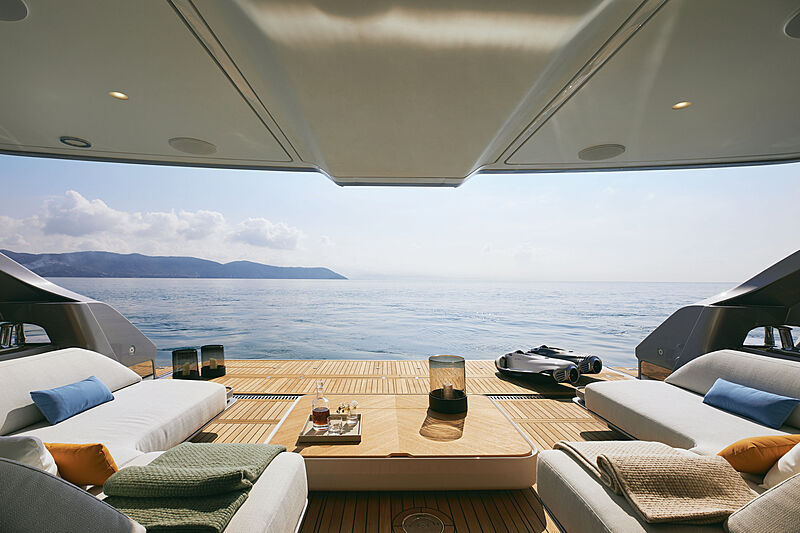 She also features a semi-al fresco dining space amidships, with a private dining and lounging areas for as many as eight guests. From this area, guests can access the Sea View Terrace, and are protected from the elements. 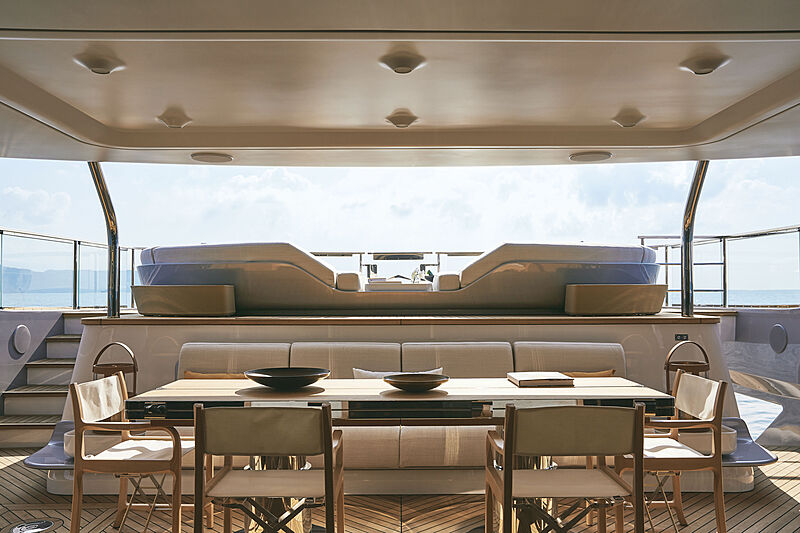 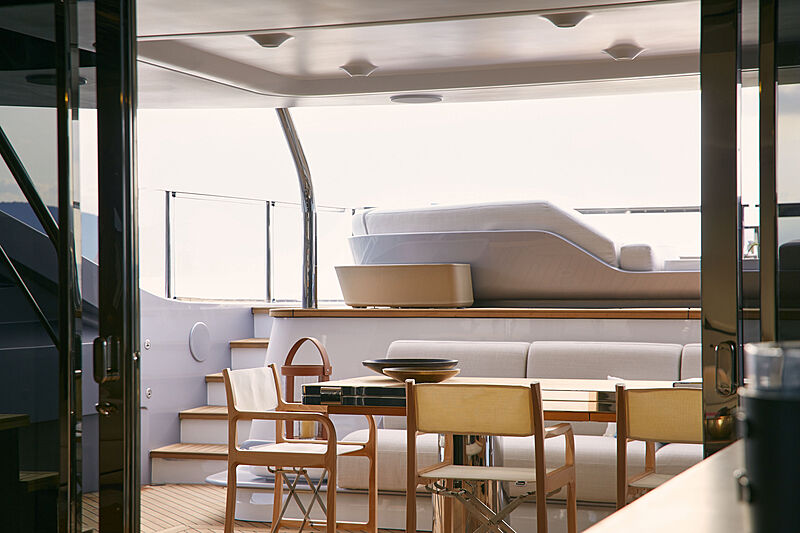 Her main al-fresco dining space to the stern of the main deck, with seating for as many as 12 guests. 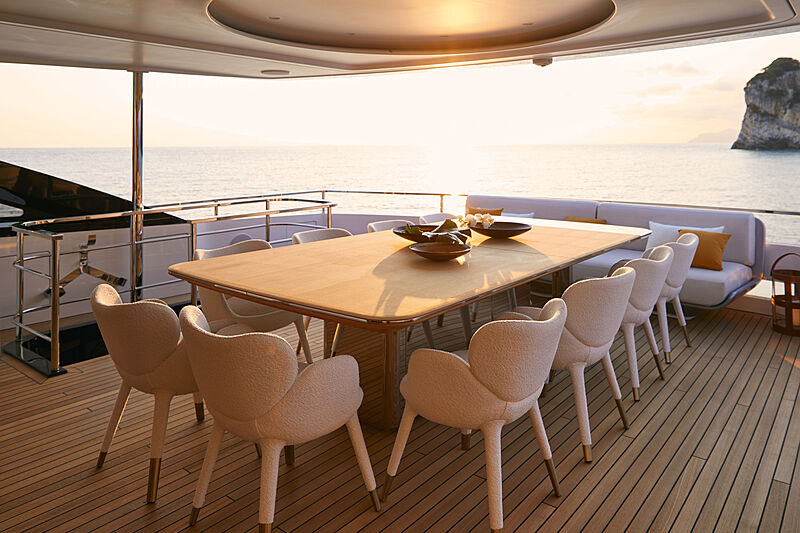 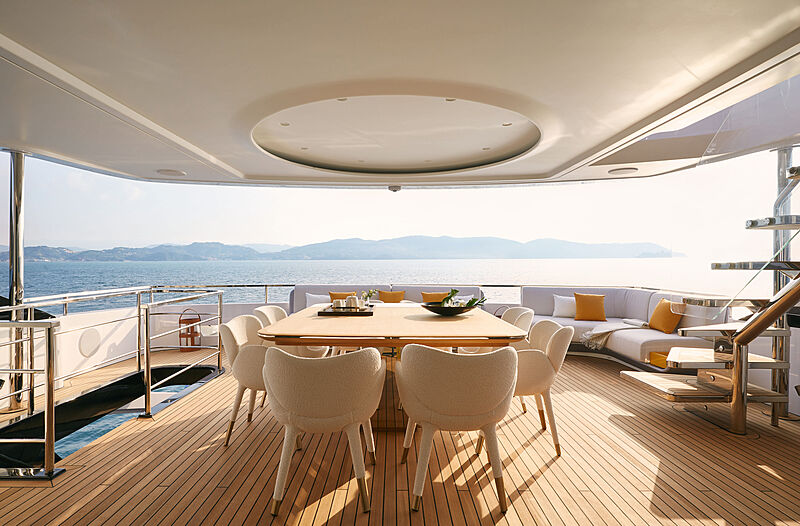 There are also seating and lounge areas to be found at her bow, alongside a Jacuzzi, as well as a lounging and bar area on her top deck. 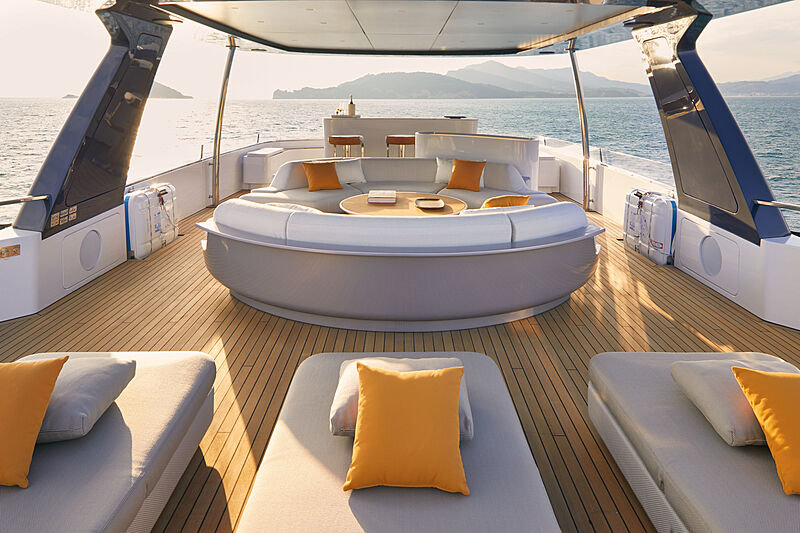 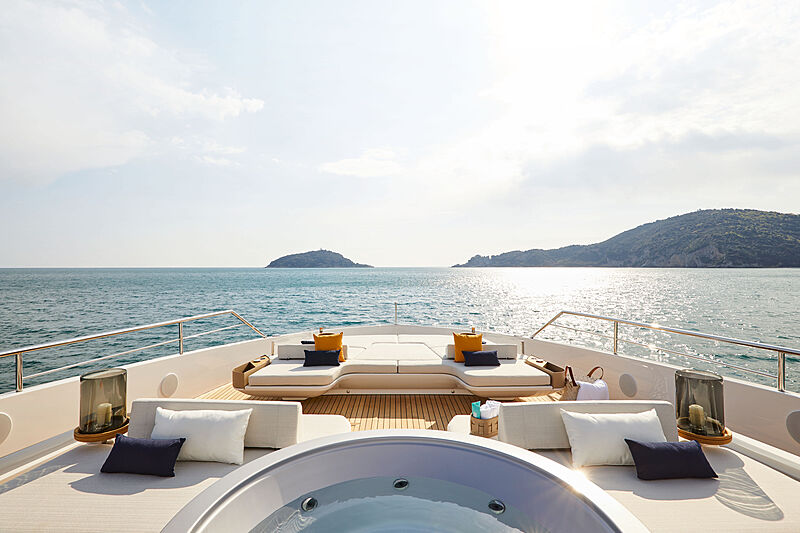 The focus of the Grande Trideck’s interior design, penned by Salvagni Architetti, was creating various multi-purpose spaces. This includes novel design features such as the exclusion of a formal interior dining space. 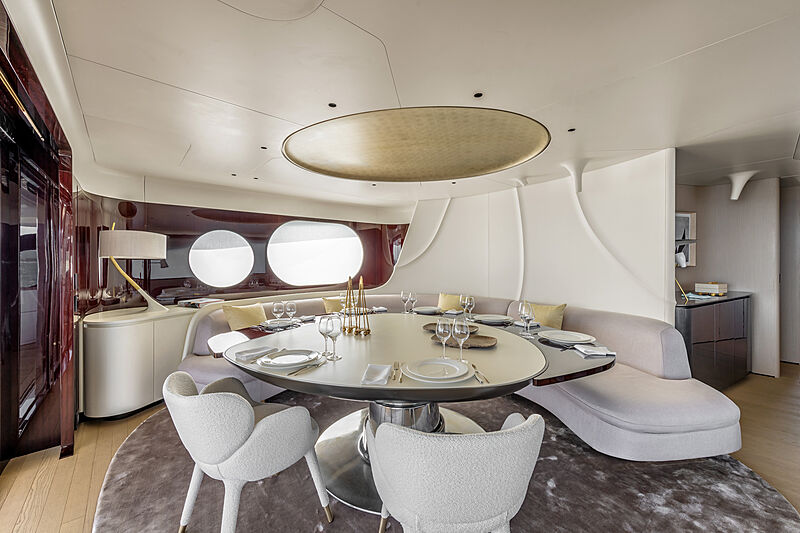 In lieu of a formal dining area, her designer opted for a “less formal, but more comfortable” interior dining space situated on her upper deck. Here, a casual living space which includes an entertainment area can be accessed. 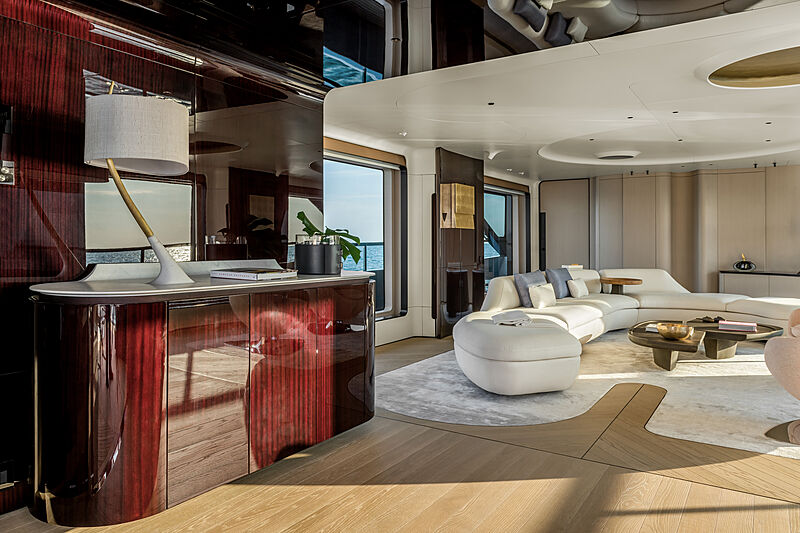 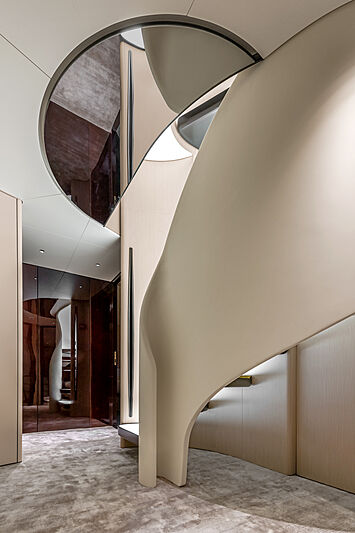 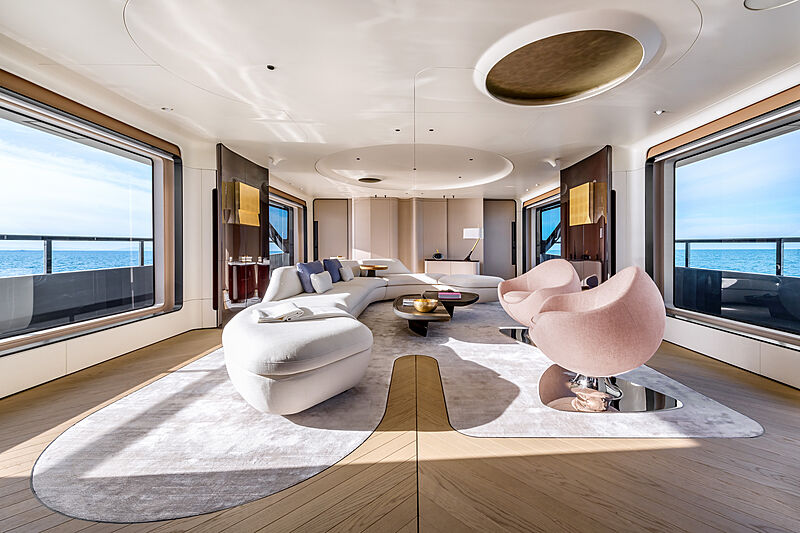 The Grande Trideck can accommodate up to 12 guests across six staterooms, if potential owners opt for the additional sixth stateroom. Accommodation includes a spacious owner’s suite, described by her builders as “avant-garde”, and is complete with a private wellness area. 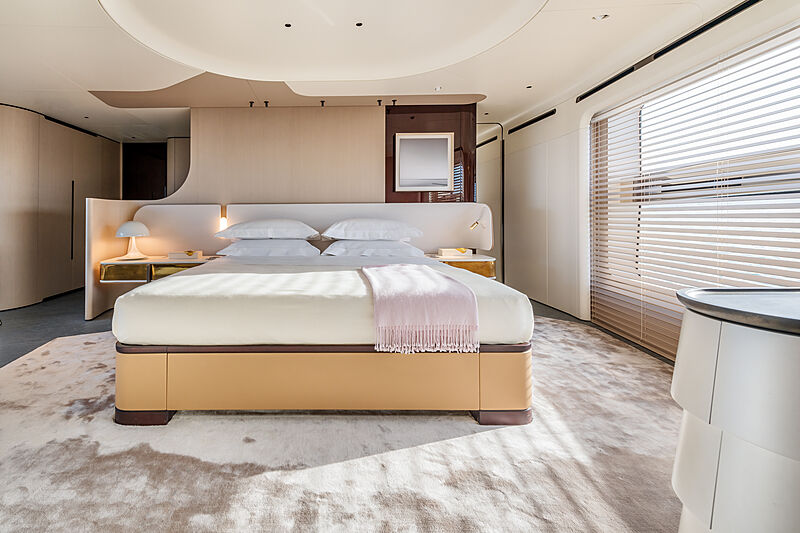 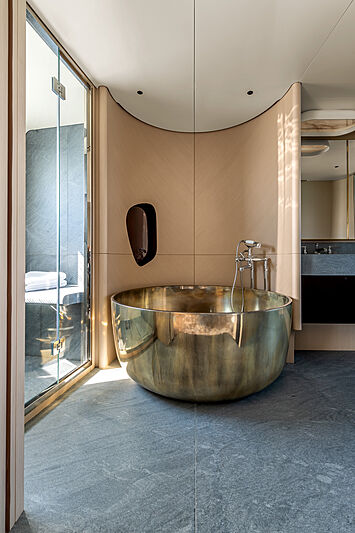 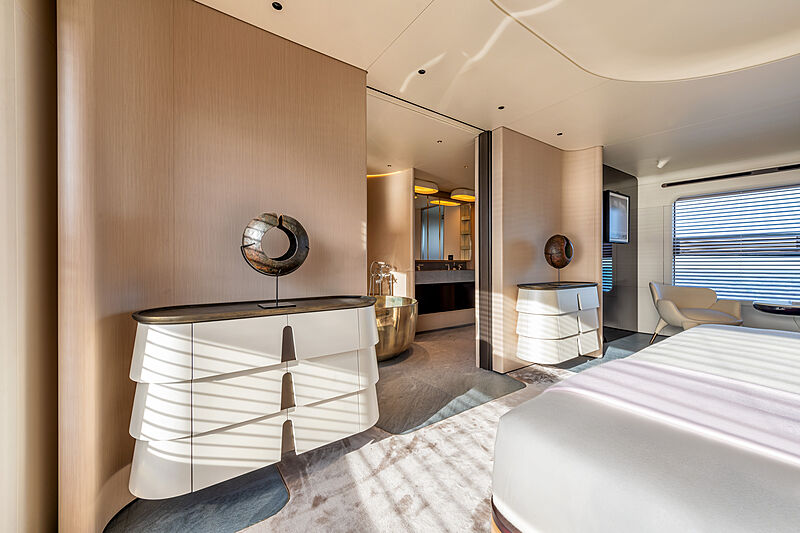 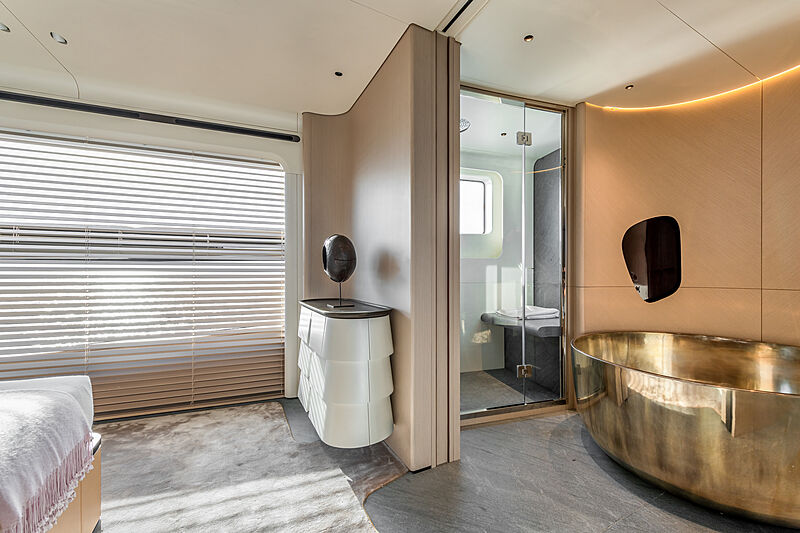 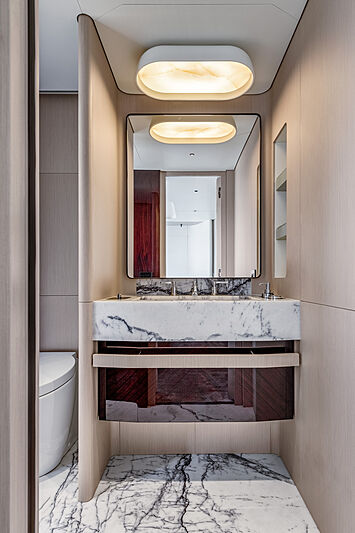 The first model of the Azimut Grande Trideck, has now been delivered, we took a first look at her earlier in the month. In addition to this first of the series, five hulls have now been pre-ordered, with construction set to begin directly. 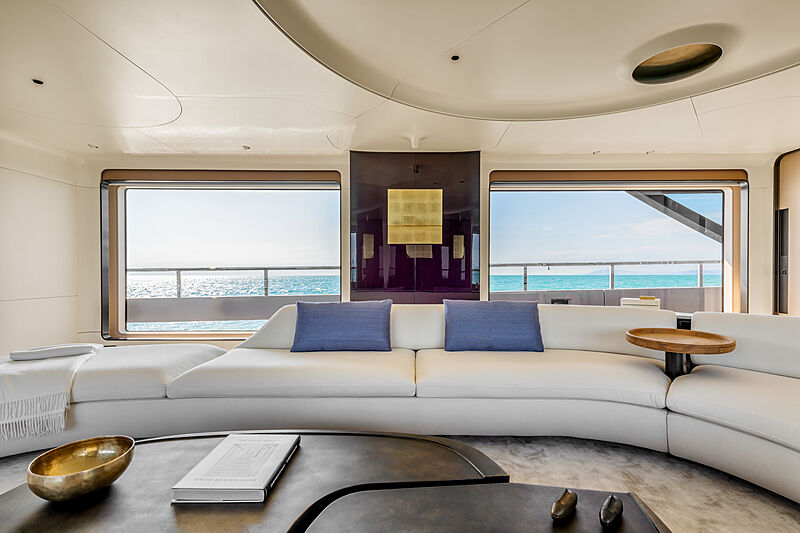 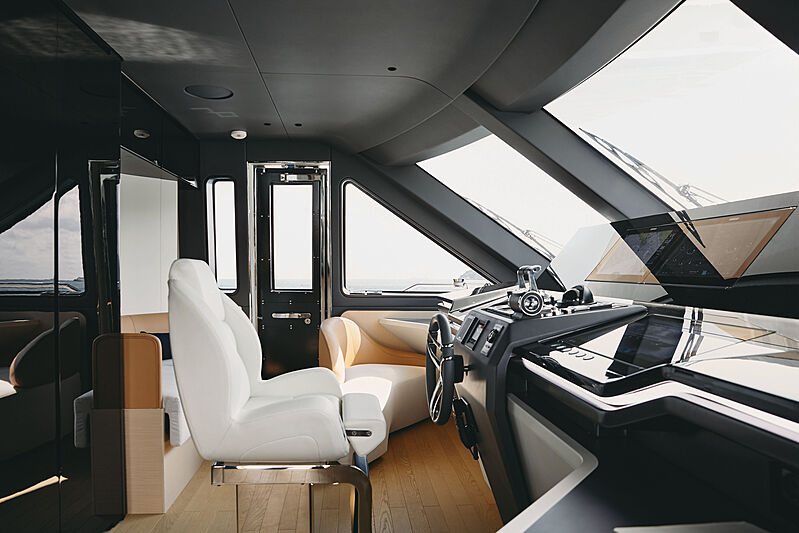 In addition to the unveiling of the flagship superyacht, Azimut Yachts have also released their latest technology, A-LIVE, described as “a multi-sensory, immersive digital experience that makes use of 360-degree vision to allow online users to move around the yacht and, above all, to convey the sense of openness and contact with the water. 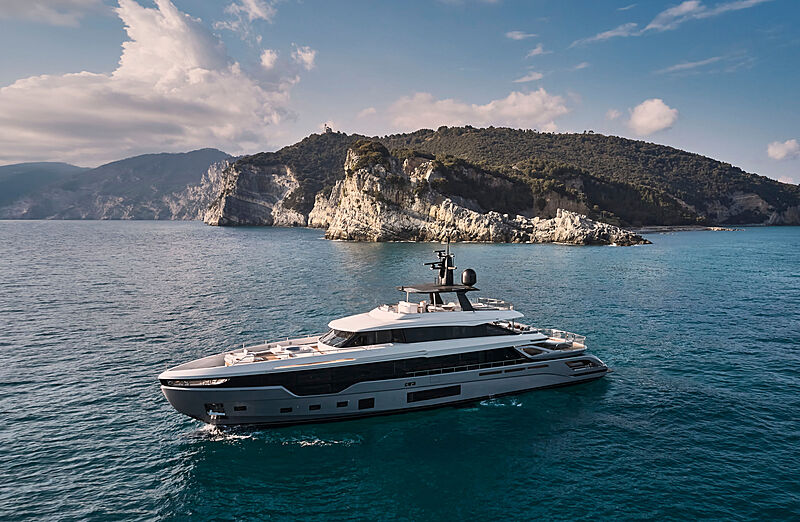 On board the Azimut Magellano 25 Metri