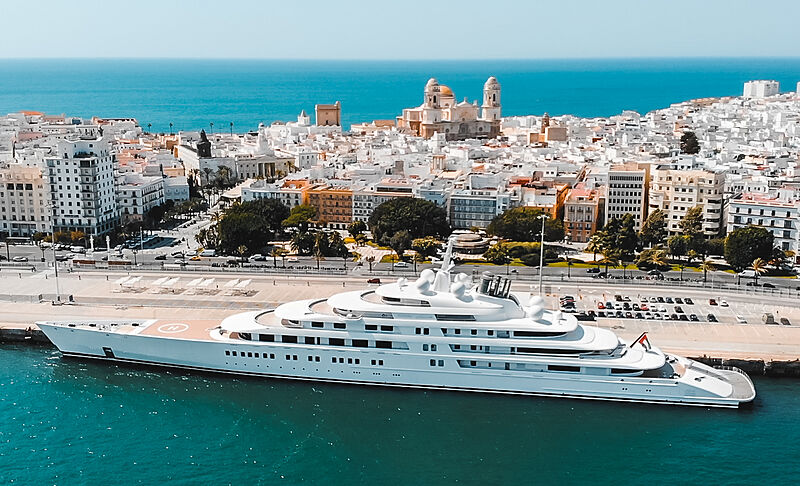 The 180-metre motor superyacht Azzam was recently spotted in Cádiz on Spain's Atlantic coastline. Completed in 2013 by Lürssen at its facility in Lemwerder, Germany, Azzam outranks the second-longest yacht in the world, Eclipse by nearly 20 metres. Her slender beam of 20 metres, together with a relatively sleek profile and concentrated superstructure, however, means Azzam’s volume of 13,136 GT makes her the fifth largest yacht in the world in terms of overall size. The top spot goes to the 156-metre Dilbar (15,917 GT), also by Lürssen followed by the 155-meter Al Said (15,850 GT), 162.5-metre Eclipse (13,564 GT) and the 162-metre Dubai (13,470 GT). Azzam is the design work of Milanese design office, Nauta Design while the interior of this massive vessel was conceived by the Abu Dhabi-based Creation Line Decoration. In the background is one of the city's most famous landmarks, the 18th-century Cádiz Cathedral located on the waterfront.