Italian yard Benetti has launched the fifth hull in its Mediterraneo 116 series, with the vessel hitting the water on 6th April at the yard's facility in Viareggio. 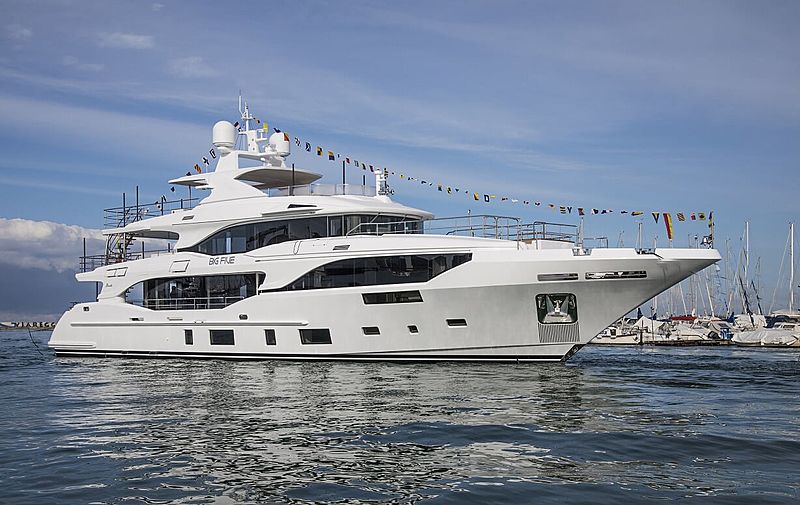 Photo: Benetti SpA
Guest accommodation for up to 10 includes a full-beam owner's cabin located forward with its own private studio and four additional guest cabins. The owner's suite also includes panoramic windows as well as a full-beam 'his' and 'hers' bathroom. A crew of seven can also be housed on board.

The in-house interior decor is described as 'sophisticated and contemporary' and uses materials including Olimpico Striato and Zebrino Apuano marble and light-coloured matte finish woods. In terms of performance, twin Diesel 1401 HP engines give superyacht Big Five a top speed of 15 knots and a cruising speed of 14 knots, as well as a range of 3,000 nautical miles at 10 knots.

Other recent launches at Benetti include its three 100+m superyachts, with the most recent being the launch of the 108-metre FB275 at the beginning of this month. On a smaller scale, Baya, the fifth hull of the Delfino 95 was launched at the yard on 21st March and the 12th hull of the 40-metre Classic Supreme 132 touched water on 3rd April.