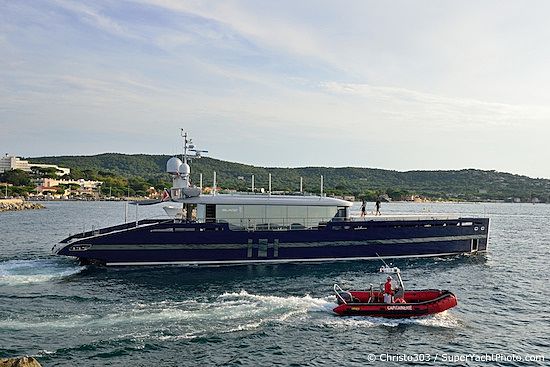 Seen here leaving the port of Saint Tropez in the summer of 2014, is the 44 metre superyacht Blade (ex H2ome). The yacht built by the MMGI shipyard in 2010 and after she was sold to her current owner in November 2010, she underwent an 8-month refit by Monaco Marine. During the refit, the superyacht’s complete interior was redesigned to a design of Michela Reverberi. The yacht is powered by twin 1925hp Caterpillar engines, combined with a 4350 hp Vericor TF50 gas turbine. It gives the yacht a top speed in the region of 35 knots.