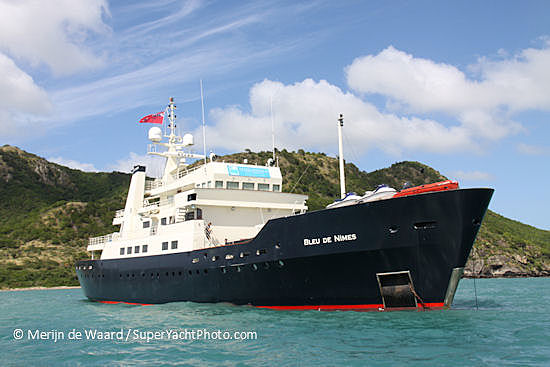 The 58.70 metre Bleu de Nimes was built by Clelands Shipbuilding in 1980 for the British Royal Navy. In 2006 the vessel was converted into a luxury expedition superyacht and embarked on a world tour. Before arriving in the Carribean, Bleu de Nimes cruised extensively throughout the North and South Pacific. Bleu de Nimes is offered for charter through Peter Insull’s Yacht Marketing, who, jointly with Edmiston, also list the yacht for sale with an asking price of € 29,000,000.