On Monday 24 March 2014, Sunseeker officialy launched their largest superyacht to date, the Sunseeker 155 Blush, in the presence of her owner Eddie Jordan. 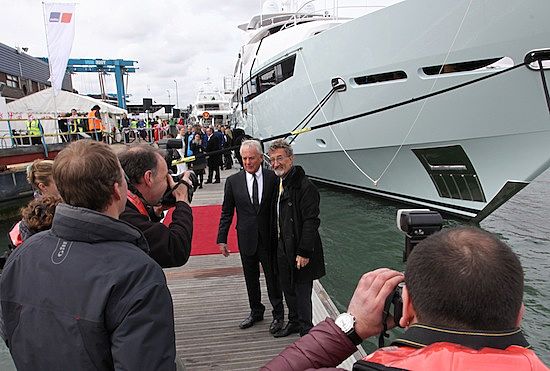 Following months of hard work from the Sunseeker team, the British launch of the stunning superyacht was held in Poole with the Formula 1 star in attendance alongside Sunseeker International’s Group President, Robert Braithwaite. It was a double celebration on the day as not only were the team celebrating the launch of the yacht, but also the commissioning of the second 155 Yacht following a sale in Dubai. 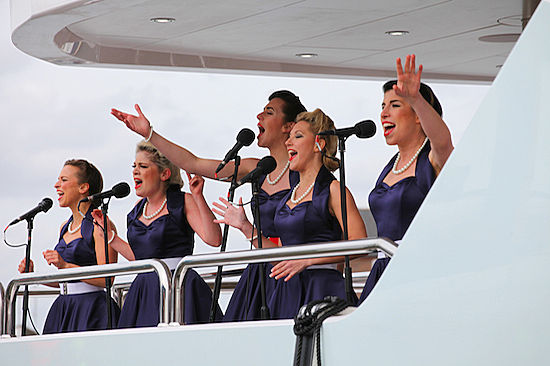 As the biggest project ever undertaken by the British based luxury yacht manufacturer, the official launch was a monumental day for Sunseeker. With the design concept conceived in the UK, and the build and testing phase taking place in Poole, it was very apt that the 155 Yacht was officially launched in Poole too. 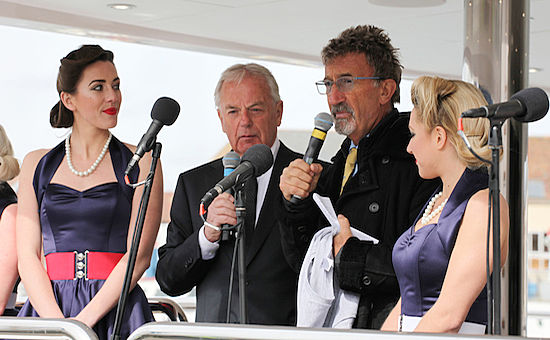 Commissioned by the Jordan Family Trust, the first 155 Yacht has been the talk of the town since it was first announced. What’s more, the bespoke element of this spectacular yacht has allowed Eddie to stamp his marque on it and create something truly unique to him.

With the 155 Yacht, Sunseeker has taken the concept of series building with personal customisation one step further with a modular build methodology which enables the owners to have direct input not only into the interior design and layout but the actual superstructure of the yacht. It also boasts impressive accommodation for up to 12 guests in ultimate style and luxury, while the forward lower deck area can accommodate up to 10 crew, with a separate captain’s cabin. 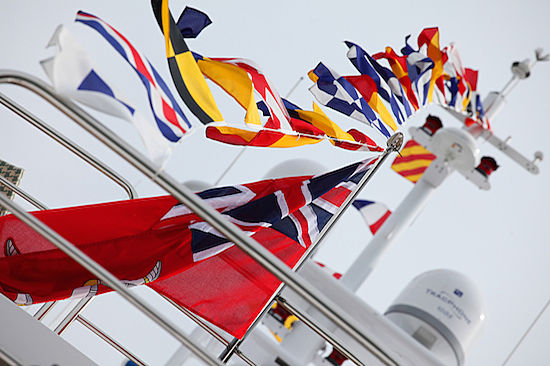 Beyond the impressive statistics it is the contemporary interior and exterior design which truly makes the 155 Yacht stand out from the crowd. Hull number one has a completely painted exterior, featuring a stunning ice blue hull. While the unique interior features an exclusive design palette which highlights gray, blue, green and an overall chic aqua feel. 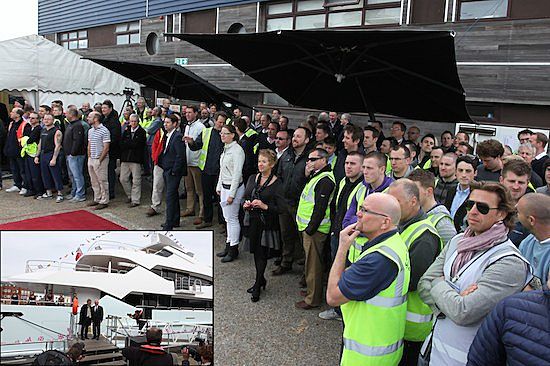 The accommodation on the 155 Yacht is equally as stunning, with two VIP cabins on the main deck which feature ceiling to floor glass windows creating a dramatic feeling of light and space, as well as spectacular views.

The first 155 Yacht also includes a formal dining area with side patio doors, balconies for uninterrupted sea views whilst dining and a fully equipped commercial galley.

While the spacious and stylish private accommodation is clearly one of the most appealing features of Sunseeker’s flagship yacht, it is the expanse of entertainment space which makes it truly stand out. The upper deck alone features a huge sky lounge which can be dedicated to private entertainment. 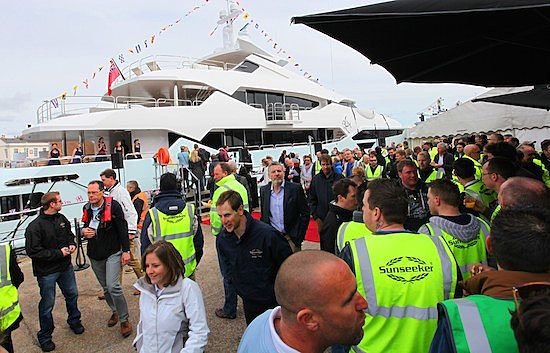 Such innovative design is extremely intricate and the attention to detail in the 155 Yacht is second to none. The team at Poole have worked closely with Eddie Jordan to ensure his personality is reflected in the design but have also made sure that the trademark Sunseeker standards are evident throughout. With that in mind the 155 Yacht has undergone rigorous testing at the Sunseeker shipyard facility in Poole and in-depth sea trials to ensure that these standards are upheld.

Robert Braithwaite, Group President at Sunseeker International, commented: “We were incredibly proud to launch the 155 Yacht here in Poole with Mr Jordan. The 155 Yacht is a truly iconic British yacht. From drawing board through to testing, the yacht was designed and built in Poole, so it really is British through and through and the fact the launch took place in Poole made it all the more special. 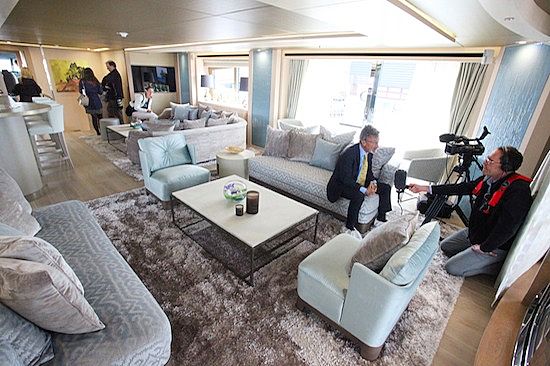 “The official launch was a great success and we would like to thank MTU, the title sponsor of the launch event and engine supply partner on the 155 Yacht. We would also like to thank 155 Yacht project sponsors SES, Tijssen Elektro, Tides Marine, BSS, Geberit, Pipex px and DIAB.”