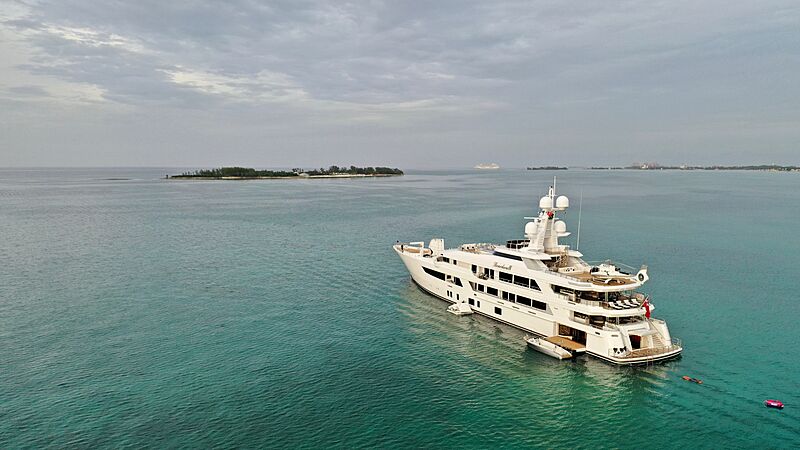 Photo: Daniel PirainoThe 76.5-metre Feadship superyacht Boardwalk, was captured last week anchored of Cable Beach in the Bahamas. Originally known as Project 707, Boardwalk was launched in Aalsmeer, the Netherlands, in 2020. She was commissioned by an experienced yachtsman who also owns a 50-metre Westport superyacht. Constructed with a steel hull and aluminium superstructure, Boardwalk was designed in house by De Voogt Naval Architects. The interior design of the 1,848 GT superyacht comes from the drawing boards of Amy Halffman. Characterised by classic lines and a sharp profile, the five-deck luxury yacht is named after the popular Kemah Boardwalk amusement complex in Texas.