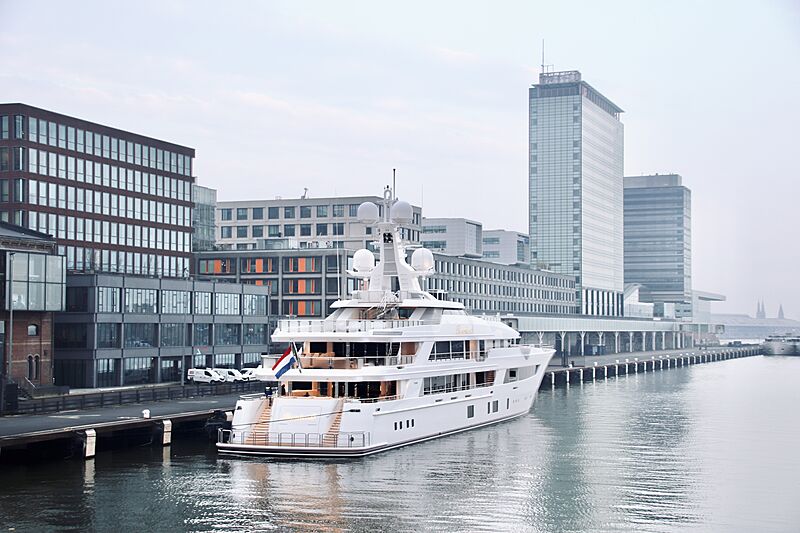 Photo: Léandre Loyseau / SuperYacht TimesThe 76.5-metre Feadship superyacht Boardwalk, was captured in the fog this morning, shortly before leaving the Dutch city of Amsterdam. Boardwalk was launched in Aalsmeer, the Netherlands, in late 2020. Originally known as project 707, she was commissioned by an experienced yachtsman and designed in house by De Voogt Naval Architects. The superyacht Boardwalk was constructed with a steel hull and aluminium superstructure, characterised by classic lines and a sharp profile. The luxury yacht is named after the popular Kemah Boardwalk amusement complex in Texas.