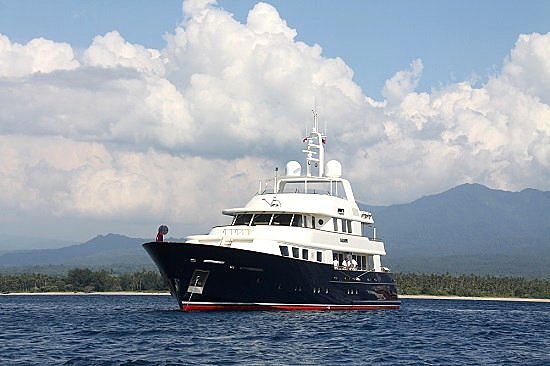 Calliope at anchor off Gili Air in Indonesia

Calliope was delivered in 2010 by the Dutch shipyard Holland Jachtbouw. Like the owner’s previous yacht, the 32 metre Holland Jachtbouw built Cassiopeia, the exterior lines of Calliope were also designed by Langan Design Associates. Langan’s design brief was to scale up Cassiopeia by adding range. More exterior living areas and two additional staterooms while keeping the look of a traditional yacht. The interior of the 42 metre superyacht was designed by Rhoades Young