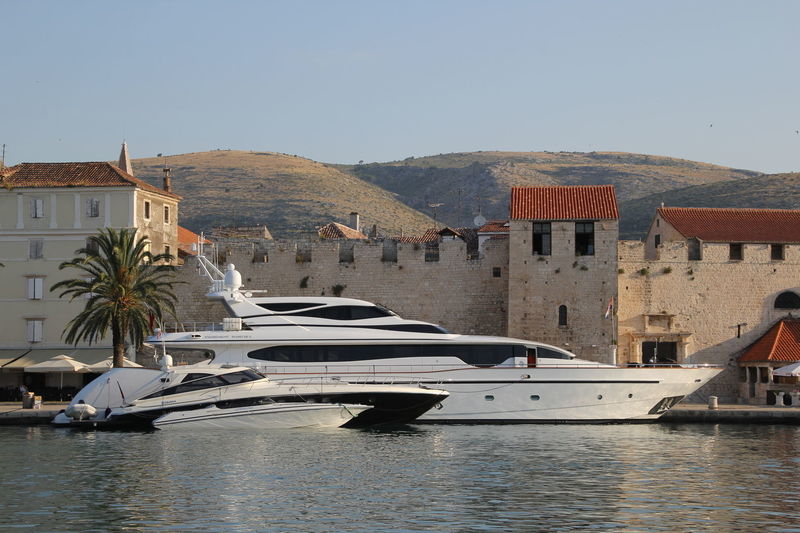 The 36-metre superyacht Choo Choo was built in 2006 by New Versilicraft in Italy and made her industry debut later that year at the Cannes International Boat Show. She was designed by C.L.M. Project, and shares the same exterior as her sistership, hull number two of the Versilicraft Planet 120 RPH, Lady Candy Too. She was spotted last week in the port of Trogir, Croatia.