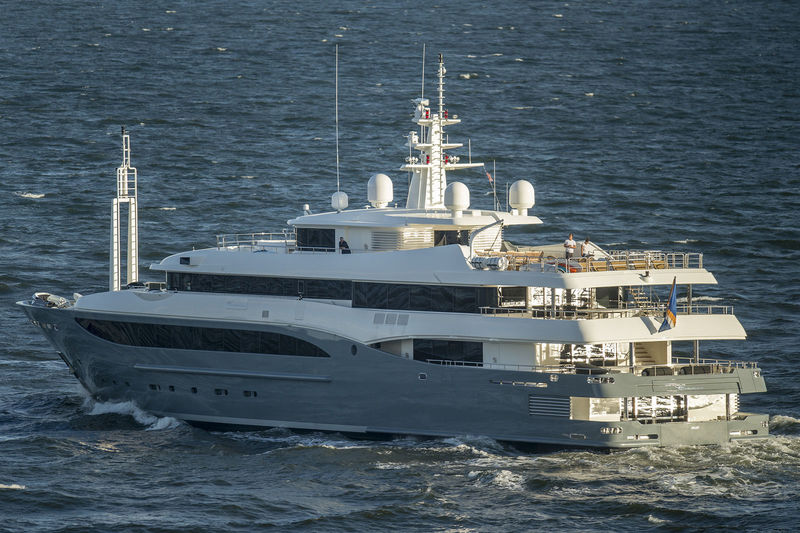 The 60-metre motor yacht Constance was launched in 2006 as Givi and became CRN’s 120th hull to be completed. The custom project was designed by Zuccon International Project. Her interior can be described as classical English, with rich fabrics and exquisite furnishings inside. Constance is designed for long-distance cruising, able to reach nearly 10,000 nm without refuelling while cruising at 11 knots.

The 60m CRN Constance heading out to sea