When you arrive in old port of the picturesque capital of Mykonos "Chora", you are directly welcomed by the whitewashed houses and blue domed churches. At our arrival in the port we were welcomed by our driver from the Kivotos Club Hotel. After a short drive, we checked in at the hotel with a glass of champagne and pleasant view over the superyachts in the bay of Ornos. 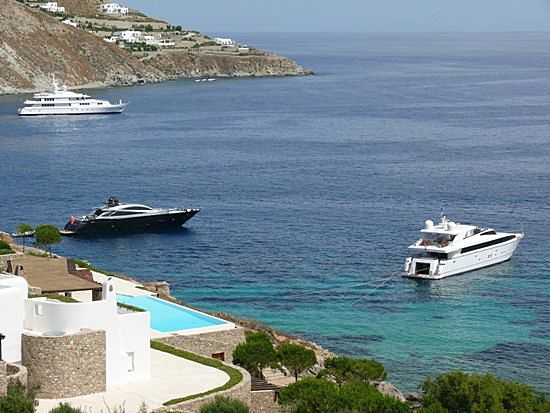 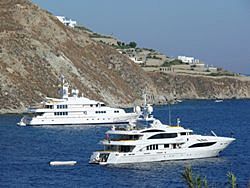 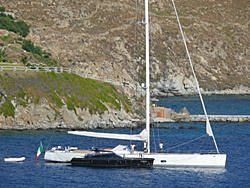 Ornos bay is situated in the South-West of the island and is one of most popular anchorages for superyachts in Mykonos, as it’s sheltered from the Meltemi. During our stay in the Bay of Ornos, many superyachts were at anchor, including the new Wally Indio, Benetti’s Platinum, Abeking’s Vera and classic superyachts like Camara C and Hasabi II, but the absolute queen of the bay is Prince De Neufchatel. 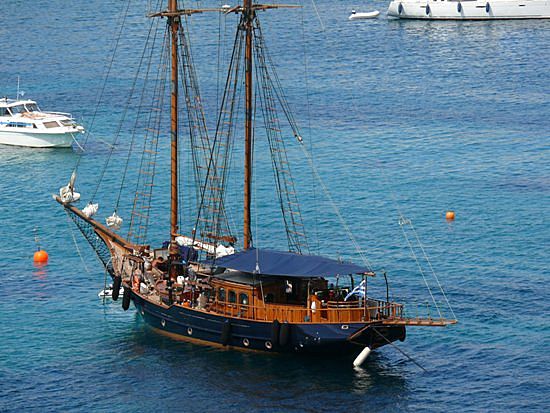 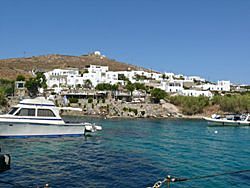 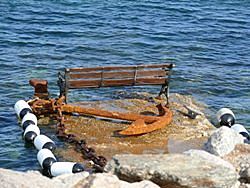 A beautiful 26 metre schooner, built in Holland and completely restored in Greece in 2008. Prince De Neufchatel is owned by the Kivotos Club Hotel and is available for charters around the Greek Islands, but the hotel also offers several packages including a romantic Honeymoon package. 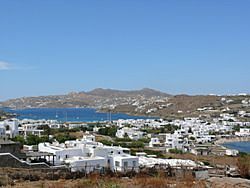 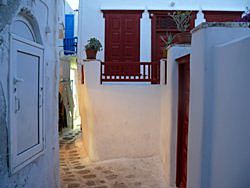 Mykonos was named after the grandson of Apollo, Mykons, and in Greek mythology it is also the place of the battle between Zeus and Titan. The old town of Mykonos is famous for its narrow streets, boutiques, jewellers, restaurants, clubs and bars. 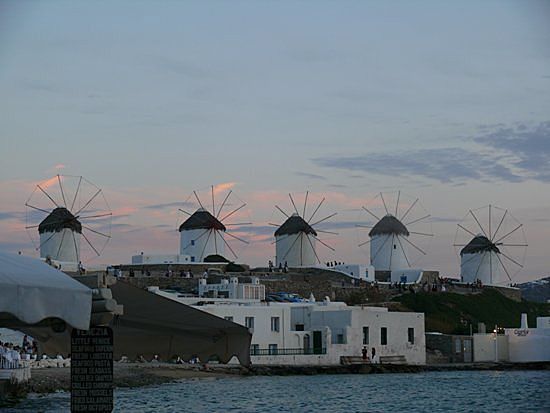 The beautiful windmills are also a must see. Although they are no longer operational, they continue to be the symbol of Mykonos. Most of the windmills have been renovated and some are even converted into a museum, like the Agricultural Museum - Boni Windmill and Lena's House. 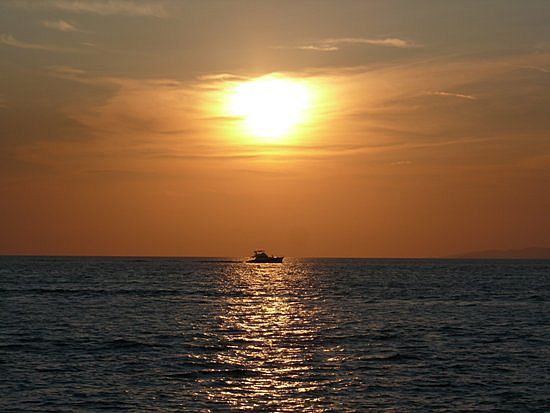 After visiting the windmills we went to Little Venice, also known as Aleukantras, and famous for its unique houses with balconies hanging over the sea. As some of the houses have been converted into luxury restaurants it’s the ideal place to enjoy a romantic sunset. 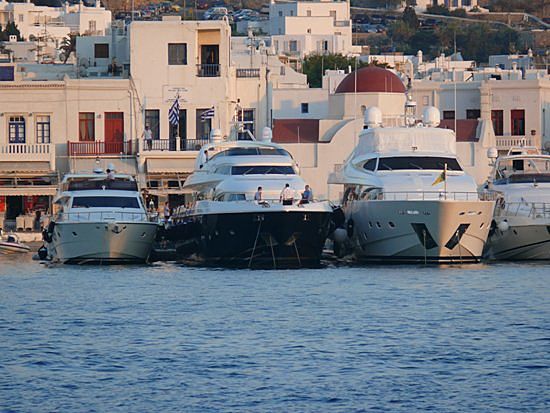 Other landmarks we can recommend are the Archaeological Museum, which is near the harbour, the Aegean Maritime Museum and the Church of Panagia Paraportiani. Built in the 15th Century, the church actually consists of five churches, four on the ground and one built on top of them, which are all connected together. 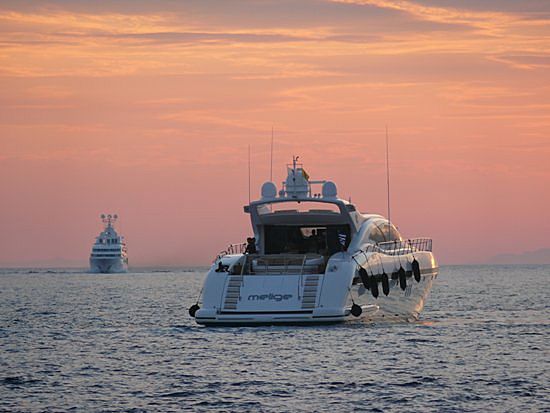 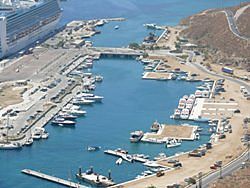 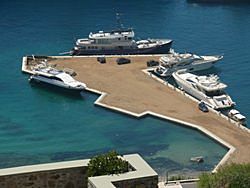 During the summer months many superyachts are anchored off Mykonos Chora and there are a limited number of berths available in the old port. The new port, in Tourlos, is located a few miles to the north of the town. And next to the yacht marina, there is also space for ferries and cruise ships. 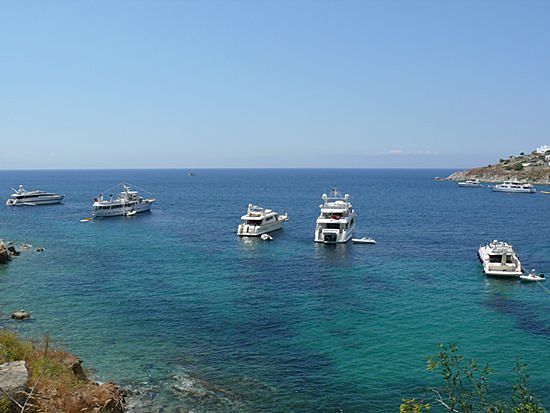 Besides the great night life, beautiful houses and windmills, Mykonos is also famous for its large variety of beaches and isolated bays. Touring the South Coast, our first stop was Agios Ioannis, which was close to our boutique hotel in Ornos, and considered the most beautiful beach of the island. Our next stop was Psarou beach, which is well known for attracting celebrities, and offers a good sheltered bay for superyachts to anchor. There were a good number of yachts in the bay including the classic Feadship Lady Andrea and the Benetti Classic Black Rose. 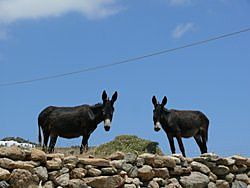 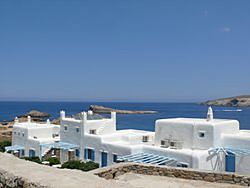 ollowing the coast line we passed the famous party beaches Super Paradise and Paradise, where parties go on day and night. Our last stop was Elia Beach which has the longest sandy beach of the island and offers a wide range of water sport facilities, like windsurfing, waterskiing and parasailing. 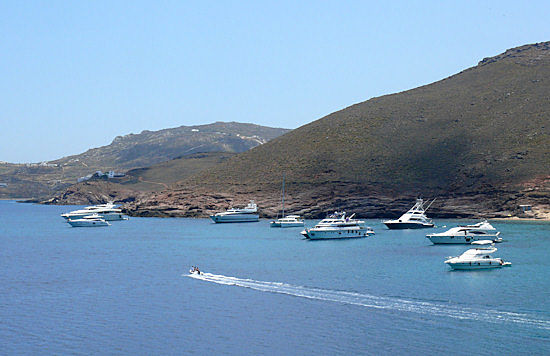 The following day we toured the North of Mykonos where we found another popular anchorage for superyachts, near Panormos. Many superyachts, including the CRN Azzurra II and the Perini Navi Christianne B, were enjoying the crystal blue waters and gold sanded beaches of Panormos during our visit. 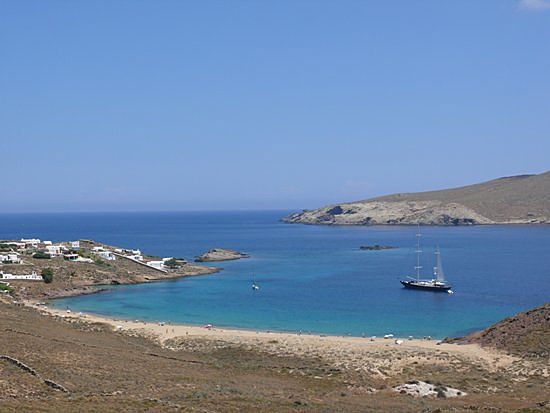 After speaking to the local people our last recommendation is to visit Rhinia Island, situated west of Mykonos and also known as Greater Delos. The uninhabited island has a few good bays, South Bay and Miso Bay, where superyachts can stop for a swim in the clear blue waters. 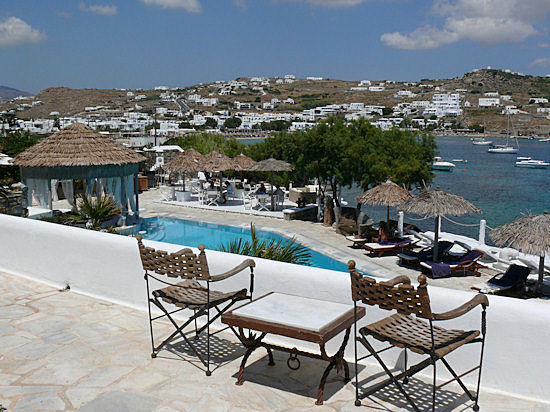 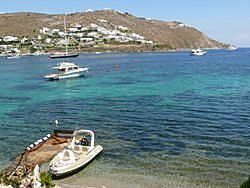 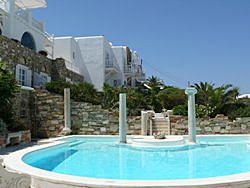 Kivotos Club Hotel - Mykonos
Kivotos Mykonos is a luxury 5 star boutique hotel, situated just above the beautiful Ornos Bay and minutes away from Mykonos Town. This boutique hotel in Mykonos offers its guests exquisite personalised service. Guests can also make use of Prince De Neufchatel, a beautiful classic sailing yacht owned by the hotel. For more information visit the website of Kivotos.