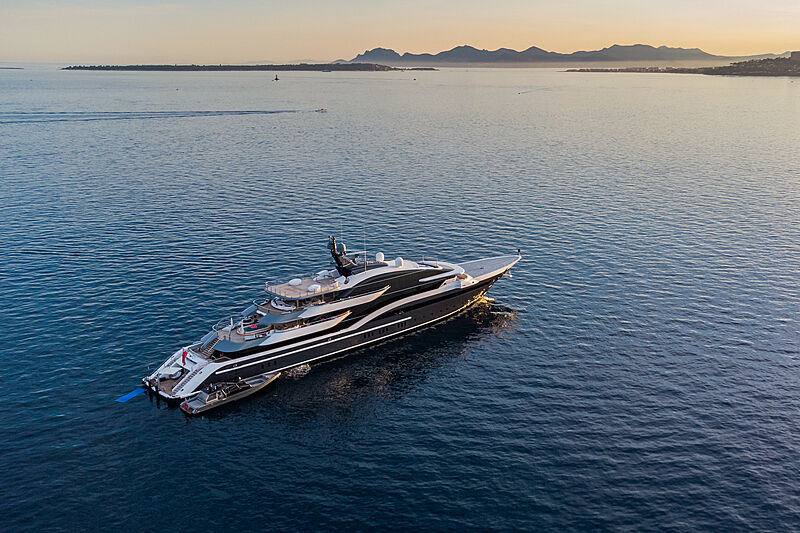 Photo: Valentin Breton The 90-metre Oceanco superyacht DAR, was captured last month anchored in Antibes, France. Originally known as project Y717, DAR was launched in Alblasserdam, the Netherlands, in 2018. The project's shark-inspired exterior is the work of Luiz de Basto while Valentina Zannier of the Nuvolari Lenard studio in Italy created the ornate interior of the yacht. Featuring a unique combination of design and technological innovation, DAR is the first yacht in the Netherlands to be given the official Lloyd’s Register Integrated Bridge System (IBS) notation and designation. Able to accommodate up to 14 guests across six cabins, DAR features two VIP cabins and four double cabins, all complete with ensuite bathrooms. In addition, she features a private owner’s suite on the upper deck complete with ensuite bathroom and a private deck with a jacuzzi.

Feadship superyacht Najiba in the South of France

Superyacht Boardwalk in the Bahamas