Today, I contacted superyacht designer Igor Lobanov, to hear about the developments on the 110-meter yacht project at Oceanco shipyard, the largest yacht under construction in The Netherlands. Unfortunately, that project is strictly confidential, and the designer was not able to comment on this particular project. He was however able to talk about his other project, the project he describes as his dream: the sail yacht concept Phoenicia. 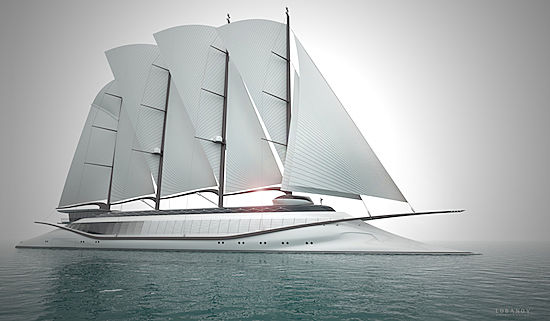 Recent adjustments to his original, innovative design concept, include changes to the beam, the number of masts and the Venetian blinds. Commenting on the changes made to the design, Lobanov stated: "Our friends from Dykstra gave a hand on sails arrangement and checked some key parameters of naval architecture. We also decided that the beam had to be changed slightly, and the number of masts was changed from 3 to 4.” 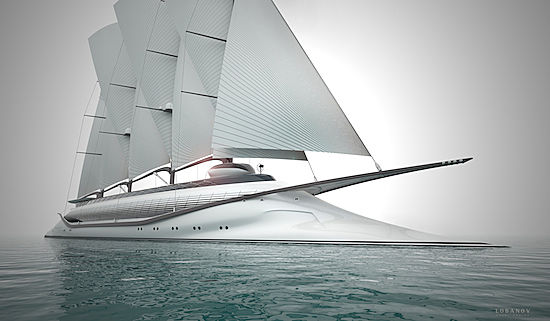 Other proposals include automated Venetian blinds, programmed for a wide number of different scenarios. The blinds can be closed as a gradient from the bow to the aft of the yacht, from the top to the bottom, or opened irregularly so that the sun light plays inside the yacht’s interior. 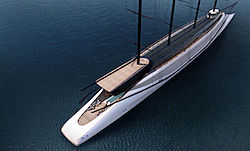 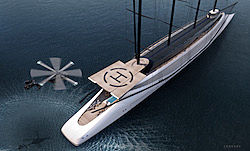 This concept amalgamates various historical influences with a new modern design. The model explores a 100+ meter superyacht with generous open deck space, particularly aft of the yacht including a helipad; a feature which is usually seen on large motor yachts rather than a sailing yacht. Another key element of this model is an all surrounding open deck arranged as a gallery with a pattern design as a feature. 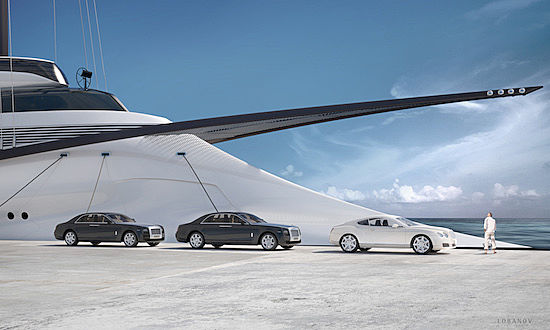