Launched in 2013, superyacht DRD is one of the most unusual superyachts launched that year. The catamaran was built by Mengi Yay in Turkey, as project NB84, and measures 32 metres. 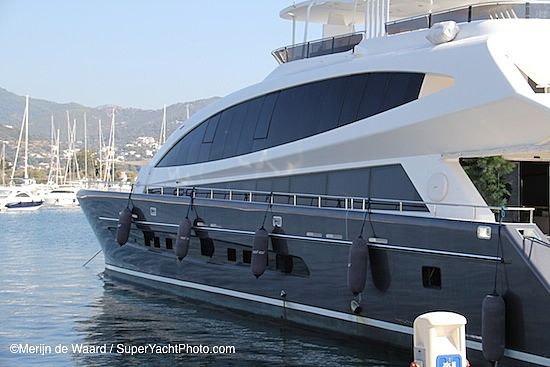 SYT's Merijn de Waard spotted her last week in Turkey, where he took these photos. Not much is known about her, and we believe she is being kept very private by her owners. There is no mention of her, on the shipyard's website. 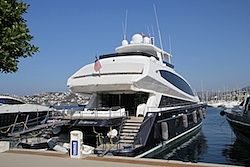 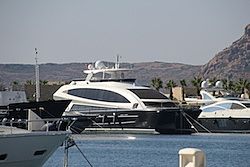 I believe it is fair to say that her design was inspired by the yet to be launched Royal Falcon Fleet 135 by Porsche Design. The two yachts share many similarities.