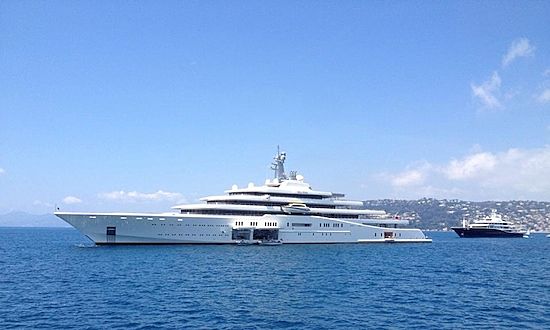 The 162.5 superyacht Eclipse, seen here last week in the South of France, was once the world’s largest yacht. She was re-launched only recently, after she underwent a refit that lasted several months, at MB92 in Barcelona. Her interior, by Terence Disdale, could be described as a highly luxurious Balinese beach house, and she can accommodate up to 36 guests and 100 crew. Her outside deck areas are equally impressive. Eclipse for example has a 200 square metre bathing platform, a large pool on the main aft deck, complete with a glass ceiling, a wood burning fire pit two decks above, and she has two helipads, both capable of landing a EC155 helicopter.