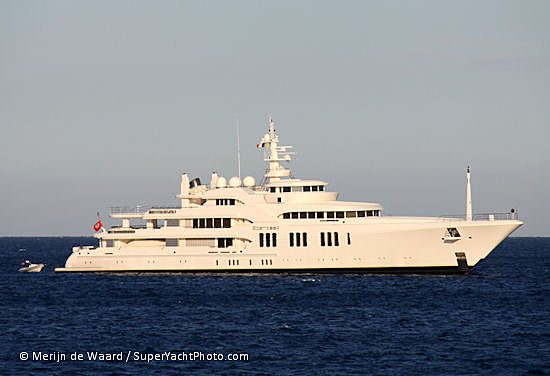 Last Summer the 86 metre Feadship Ecstasea was sold and after spending the winter in the Middle East, Ecstasea has returned to the Mediterranean as she is pictured here off Antibes yesterday. Ecstasea was built by Royal Van Lent in 2004 and features an interior by Terence Disdale.