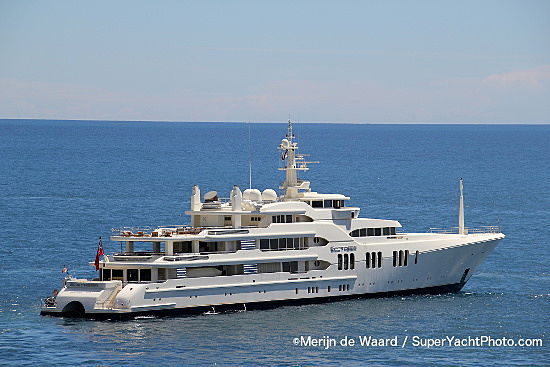 The 85.95 metre superyacht Ecstasea was built by Feadship in 2004 to a design of Terence Disdale. In 2009 the superyacht was sold and it is rumoured that she was sold again earlier this year. With a top speed in the region of 30 knots, Ecstasea is one of the fastests superyachts in the Top 100 World’s Largest Yachts.