The 2nd Abu Dhabi Yacht Show (ADYS) today announced that it will have a major presence at the Abu Dhabi Formula 1 Grand Prix which takes place from October 30 ‐ November 1, showcasing superyacht Ellix Too, in association with yachting company Charterbay and luxury event organizers MonacoKool. 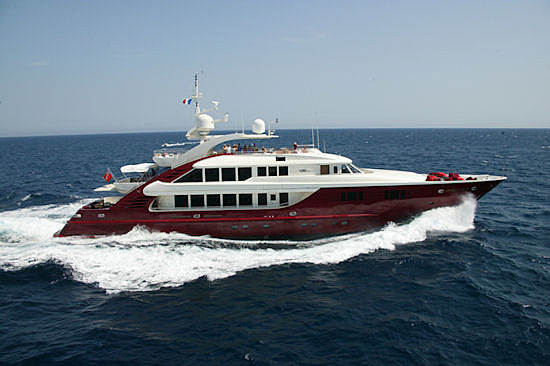 The superyacht, built by International Shipyards Ancona (ISA) is expected to arrive in UAE waters on Thursday, October 22 and will be moored at the Yas Island Marina, joining several other vessels whose presence will confirm the marina’s integral role in creating a luxurious setting befitting the launch of the Yas Marina Circuit.

At 155 feet (48 metres), Ellix Too will be one of the most impressive superyachts present at the Formula 1 event, and will be berthed in a strategic location, allowing visitors on board to enjoy a great view of the Yas Marina Circuit. The yacht is expected to attract high profile interest for the 2nd Abu Dhabi Yacht Show, which takes place from February 25‐27, 2010 at Abu Dhabi National Exhibition Centre.

“The Abu Dhabi Formula 1 Grand Prix is set to attract exactly the visitor profile we wish to welcome to the second edition of the Abu Dhabi Yacht Show. A presence at this highly anticipated event will no doubt excite a great deal of interest in the yacht show, and in Abu Dhabi as a world‐class host destination for exclusive and luxurious events such as the upcoming racing and yachting extravaganzas,” said Franck Dailles, Group Director, Informa Yacht Group (IYG), organizers of the 2nd Abu Dhabi Yacht Show. The IYG’s prestigious portfolio includes several of the world’s leading yachting events, such as the Monaco Yacht Show and the Superyacht Cup Regattas.

“Ellix Too is the second in the ISA 470 series and is a truly stately sea giant, with interiors and exteriors styled by renowned yacht designer Walter Franchini. The stylish sundeck of this elegant beauty will be one of the most coveted spots to enjoy the excitement on the track,” said Aldo Arcangioli, President and Founder of Charterbay. 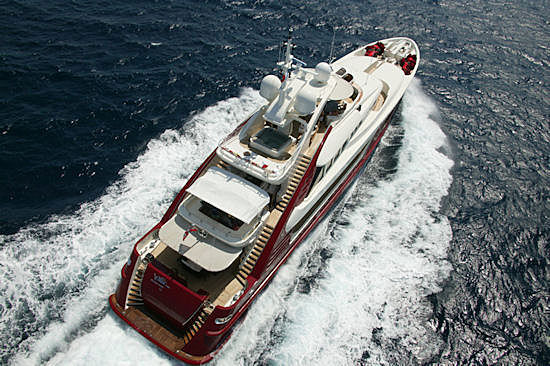 Yas Island Marina is expected to berth over 140 yachts for the race, with an estimated 5,000 people viewing the race from the decks of the moored vessels. “The yachts’ position overlooking portions of the race track will enable motor racing fans to enjoy the exciting event in appropriately opulent surroundings, reminiscent of the celebratory atmosphere at other Grand Prix venues such as Monaco. A presence at the Abu Dhabi Formula 1 event bolsters ADYS’s objective of raising the city’s profile among yachting aficionados and admirers of these beautiful vessels and the glamorous lifestyle they have come to represent,” added Dailles.

The superyacht Ellix Too will also be present at the 2nd Abu Dhabi Yacht Show. Held under the patronage of His Highness Sheikh Mohammed Bin Zayed Bin Al Nayhan, Crown Prince of Abu Dhabi and Deputy Supreme Commander of the UAE Armed Forces, ADYS is the Middle East’s premier show focusing exclusively on the luxury superyacht and megayacht sector, comprising sailing and motor yachts over 25 metres in length. Abu Dhabi Tourism Authority (ADTA) will be the headline sponsor of the second edition of the show, in association with luxury horologer Horus.