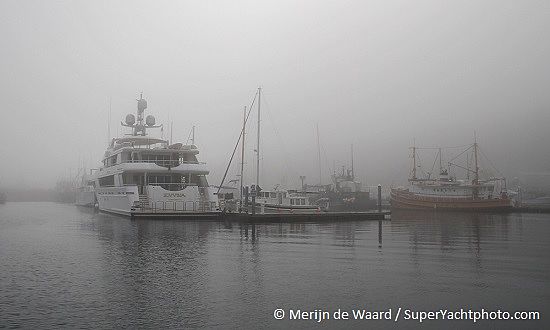 The 50 metre Evviva, which stands for 'something beautiful' in Italian, was built by Westport Yachts in the USA. Evviva is the second yacht in Westport Shipyard's 164-foot tri-deck series, and was delivered in 2007. The owner of the yacht also owns Westport Shipyard. This photo was taken in October in Port Angeles, Washington, USA.