Having arrived in Germany in December last year, the Lürssen superyacht Global that once measured 68 metres returned to her home shipyard where she would undergo an extensive refit. The past six months spent in Rendsburg saw Global have all her aft decks extended, with the vessel now measuring well over 70 metres. The project was managed by Hill Robinson. Previously characteristic design cues from her Espen Oeino exterior have been replaced, such as a new name sign plate on the upper deck. 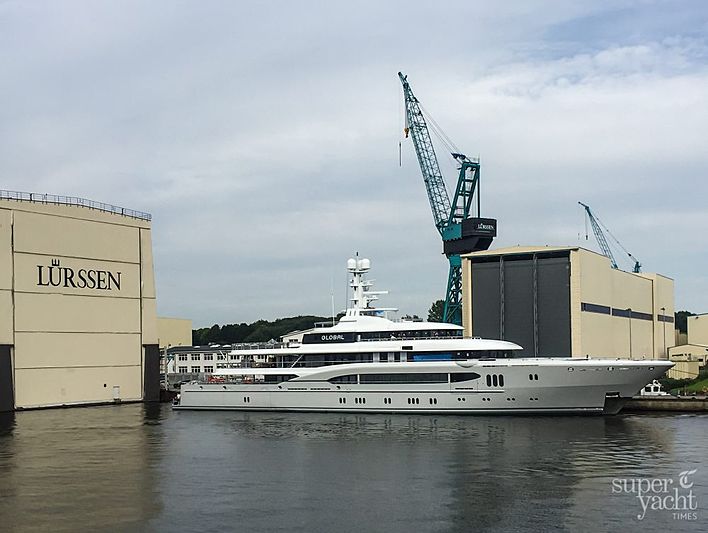 This is the second time the yacht has visited Lürssen after having been sold in 2013 to her current owner. In 2014 the shipyard completed a refit period which, amongst other things, had the yacht’s hull colour change to her current light grey. 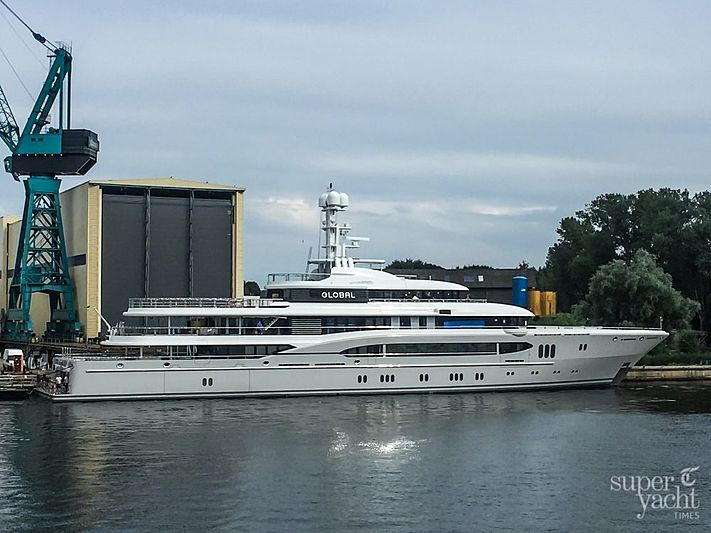 Launched asKismetin 2007, the original owner ofGlobaltook delivery of his new yacht in 2014, the 95 metre superyachtKismet. Both these yachts were designed by Espen Oieno, with interiors created by the Reymond Langton Design studio.