Y.CO has announced the sale of the 41.10 metre all aluminium superyacht Griffin, built by the U.S. shipyard Palmer Johnson in 2012. Since her delivery three years ago she has been used extensively as a charter yacht. 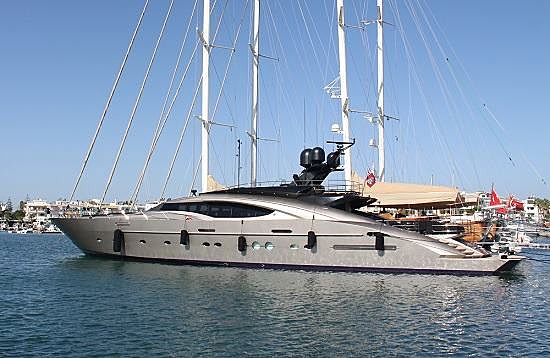 On board she accommodates up to 10 guests in a five cabin layout, as well as a crew of 7. Amongst her facilities is a spa pool with plenty of comfortable seating on her flybridge, as well as a vast sundeck. Powered by twin MTU 3,650 hp engines, she has a cruising speed of 27 knots and a range of 1,700 nm.

She was listed for sale by Y.CO., with Peter Bennett at Bluewater Yachting introducing the buyer. At the time of sale, Griffin was listed at an asking price of €12,500,000.