The 44.5-metre Sanlorenzo superyacht, H1, is enjoying her first season cruising the Mediterranean after being delivered to her owner this summer.

As her owner’s fifth Sanlorenzo yacht, the first 44Alloy is the successor to Sanlorenzo’s best-selling 40Alloy, the line of all-aluminium yachts designed by Francesco Paszkowski that introduced the then-novel concept of fold-down balconies. 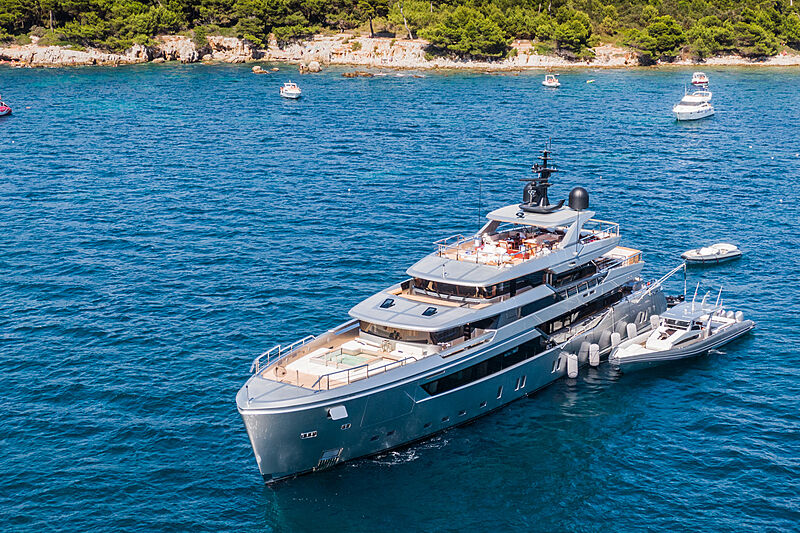 Photo: Julien Hubert / Julien HubertBoasting an exterior design by Zuccon International Project, H1 has paved the way for the new line of Sanlorenzo models as four other 44Alloy yachts are on order (one was even sold during the lockdown) and two more are being built on spec. 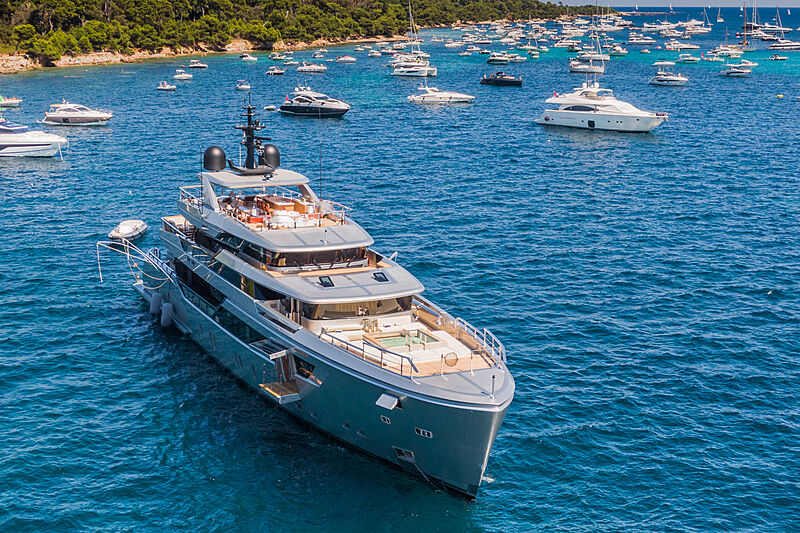 Photo: Julien Hubert / Julien Hubert“There are three standout features that set this yacht apart from others in her class,” says Gabriele Stella, sales manager at Sanlorenzo yacht division, who also served as the project manager on H1.

Let’s start with the owner’s apartment, which Sanlorenzo describes as “the conceptual fulcrum of the project.” From the owner’s private lobby and huge walk-in wardrobe, three steps lead down to the cabin and bathroom. The owner also opted for a clam-shell balcony that folds out from the starboard side. Another short staircase leads up to a mezzanine floor that on H1 will serve as the owner’s private gym. From here there is also access onto the foredeck, which will have a glass-walled hot tub and sun loungers for the owner’s personal use. 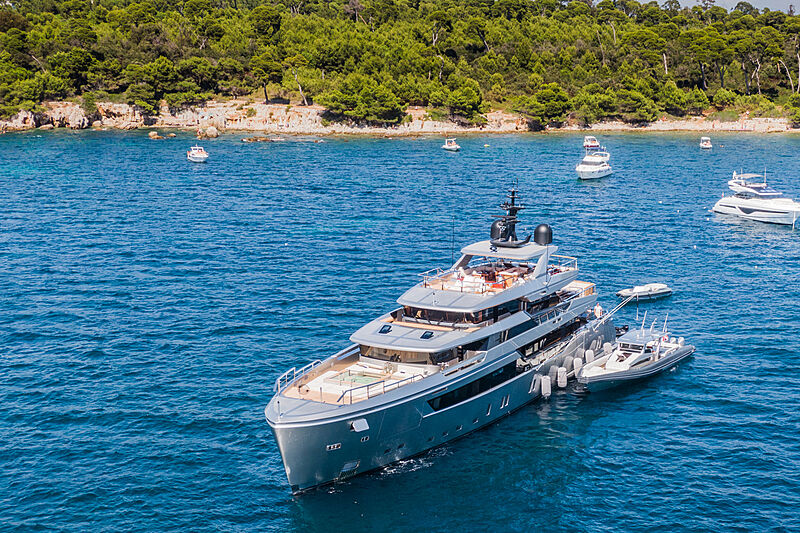 Photo: Julien Hubert / Julien HubertThe interior design is by Michele Bonan, a celebrated interior designer from Florence who has designed several residences for the owner (the third unit will reportedly have an interior by Christian Liaigre). The fresh and unpretentious New England-style décor is based on brushed white teak and lacquered mahogany with weaved rattan for the facades of wardrobes and cabinets and parchment for wall coverings, including the stairwell. The choice of stone in the bathrooms and dayheads include Silk Georgette and Sahara marbles. 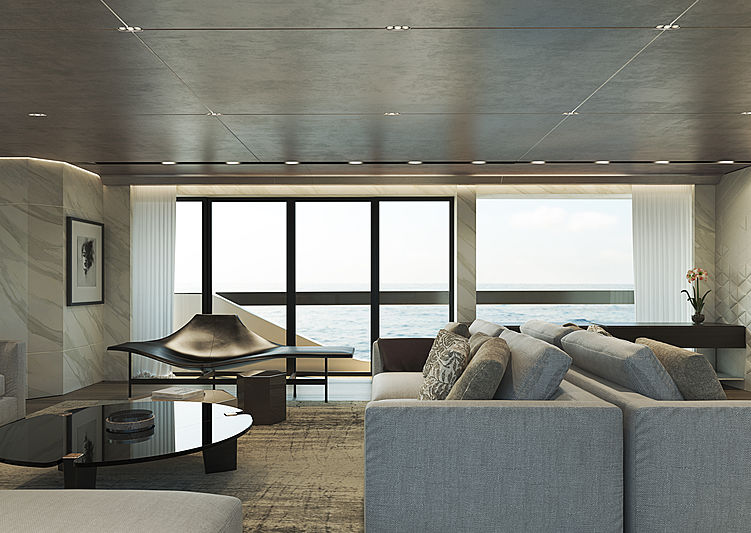 Beyond the forward bulkhead of the owner’s suite is a sideloading tender garage for the rescue tender and a jet ski, as well as a laundry and additional cold storage accessed from the crew area on the lower deck. 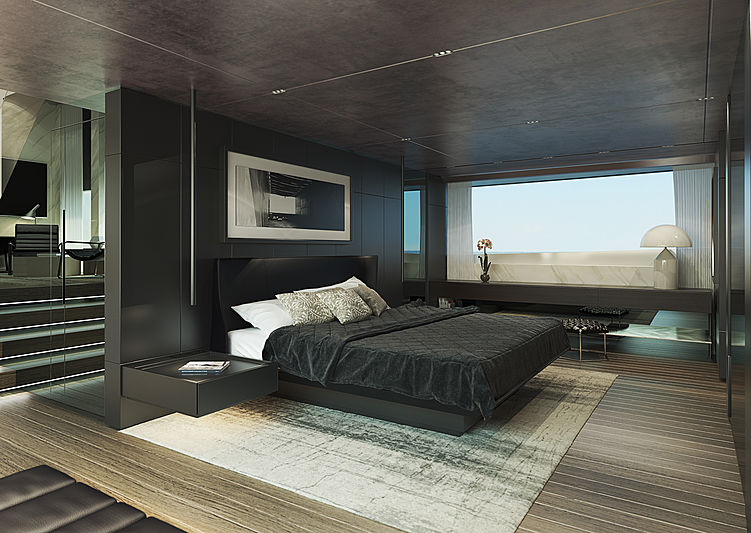 Photo: SanlorenzoThe beach club doubles as a garage for a 7.5-metre limo tender and is equipped with two overhead gantry cranes. But once the tender is launched, the cradles stowed away in a central tunnel and the three folding platforms deployed, the area is transformed into a water-level relaxation area.

The sky lounge on the upper deck serves as a media room with sensational sea views thanks to the floor-to-ceiling windows and sliding glass doors onto the open aft deck. 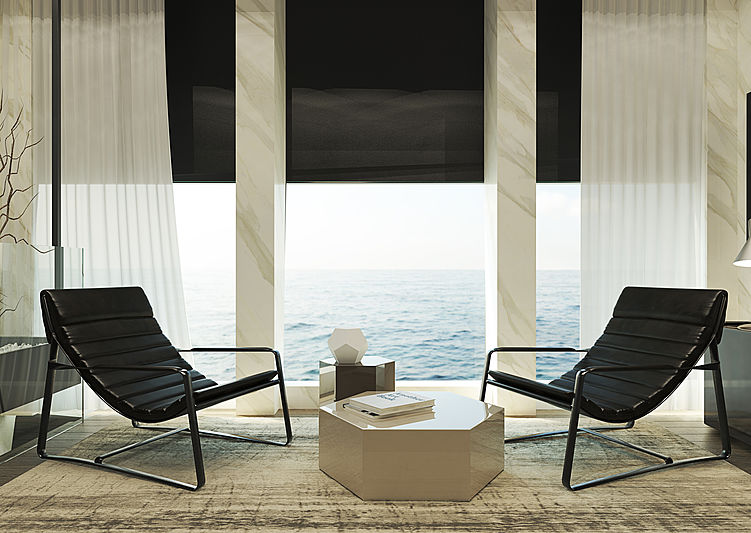 Photo: SanlorenzoThe expansive sundeck is 15 metres in length and will be equipped with a teak-clad bar and grill, an open-air dining table under the shade of the hardtop for a full complement of guests, and sun loungers both fore and aft. All the exterior deckheads are lined in teak to mirror the deck planking. 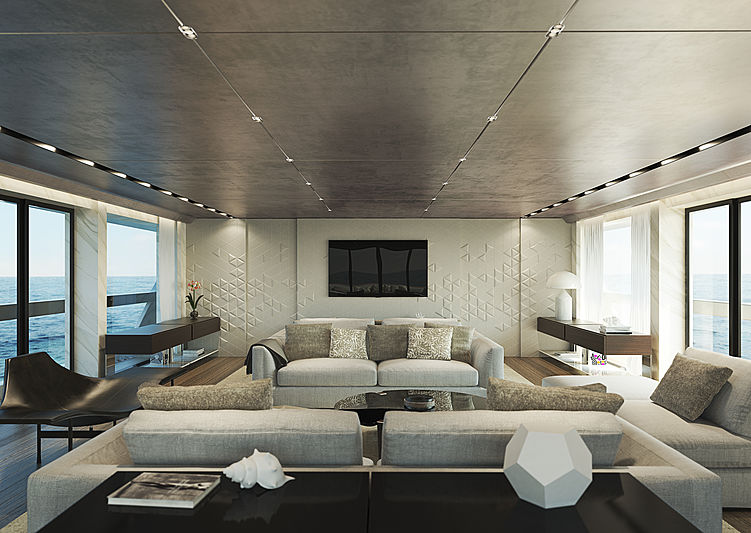 Photo: SanlorenzoWith 19 steel and/or aluminium yachts under construction and the next build slot available in 2022, Sanlorenzo closed the first quarter of 2020 with an increase in net profit of 84% compared to the same period last year, despite the pressures posed by the coronavirus pandemic.

First look: On board the 52m Sanlorenzo yacht Lady Lena