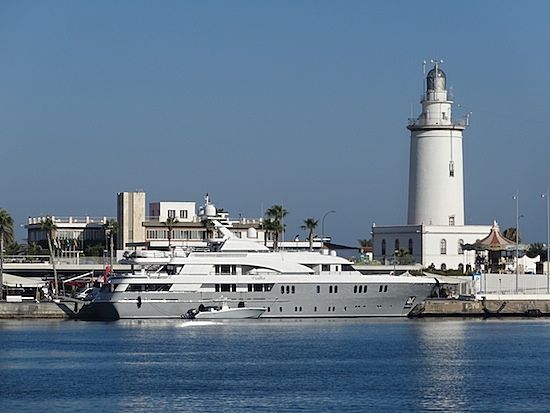 Superyacht Hadia, seen here last week in Malaga by Charl Van Rooy, was built by Hakvoort in The Netherlands in 2006, to a design by Espen Oeino. Originally launched as JeMaSa, she features naval architecture by Diana Yacht Design. Her engine room houses two Caterpillar diesel engines, each with an output of of 1380hp. Twin Wärtsilä five-bladed propellers generate a maximum speed of 15.7 knots and a cruising speed of 13.5 knots.