The property developer and internationally renowned yachtsman Mike Slade is returning to Cowes to compete in the 2012 J.P. Morgan Asset Management Round the Island Race, Britain's favourite yacht race, with his 100ft Super Maxi ICAP Leopard and in defence of his most recent and the current monohull record set in 2008 at a time of 3.53.05. 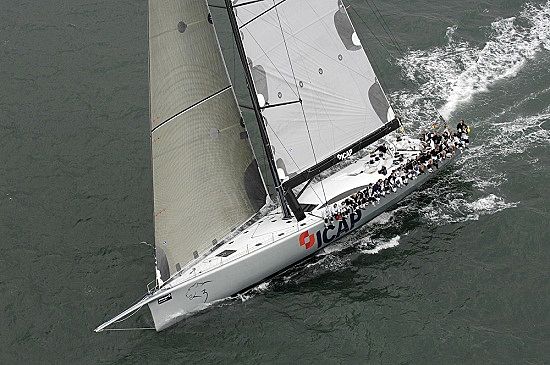 The team has broken the monohull record on four occasions, firstly in 1991 racing Ocean Leopard, aboard Hoya Longobarda in 1996 and then in 2001 aboard Leopard of London circumnavigating the island in 4.05.40. The usual stellar crew of former Olympic sailors and Volvo Ocean Race sailing talent are delighted to be returning to the Race and they have their sights firmly set on retaining or even beating their current monohull record.

Entries are piling in for this 81st running of the J.P. Morgan Asset Management Round the Island Race and the Race organisers at the Island Sailing Club are delighted to report that, at the time of writing, they already have 265 entries processed.