Sold in May 2013 by Jeroen Minnema of Ocean Independence, Jurata is the third hull in the Arcadia 115 series. The 35 metre superyacht boasts a RINA Award for ecology. 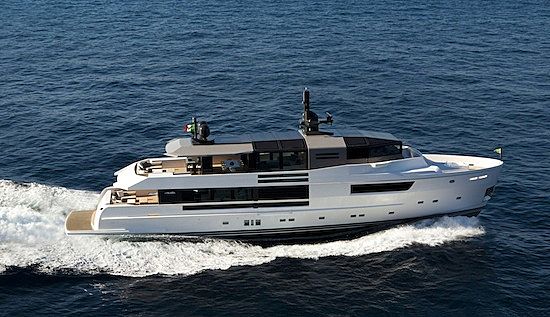 Differing slightly from her previous two sister ships, Jurata comes with a Jacuzzi on the foredeck as well as slightly lowered bulwarks on the main deck, which offer the 10 guests on board improved views from inside.

Special features include Double Glazing solar panels integrated within the superstructure. Fitted with a hybrid Propulsion System, she has a maximum speed of 16 knots, and a cruising speed of 8 knots with zero emissions and in absolute silence.