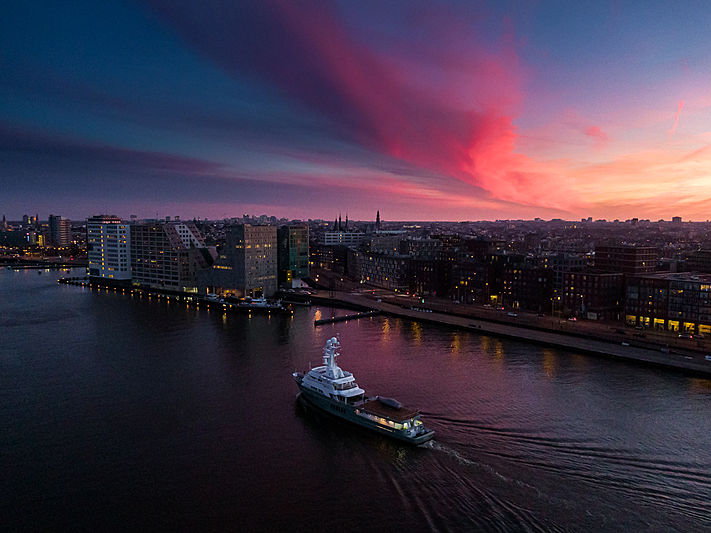 Photo: Tom van OossanenCaptured last night as she cruised through a quiet downtown Amsterdam is the Dutch-built 49.2-metre superyacht Karima. Launched in 1993 at Amels and built to a design by Terence Disdale and Peter Marino, this go-anywhere expedition yacht has been kept in pristine condition by her owner through a series of intensive refit yard periods. A 14x9 metre helicopter deck and an extra-large tender storage capacity means Karima is ready to take on any challenge. Powered by triple Caterpillar 3508 diesel-electric motors with 745hp each, she cruises at 10-11 knots and reach a top speed of 13 knots.