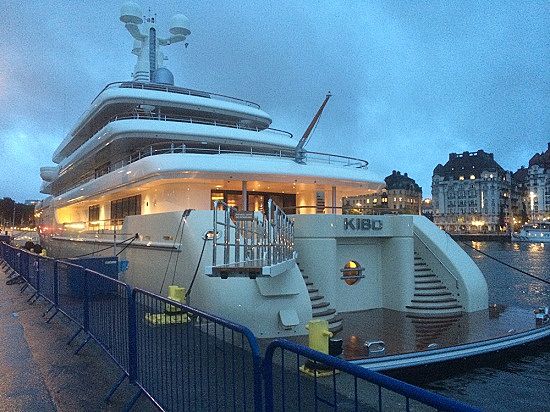 Yesterday we posted the news that Abeking & Rasmussen’s latest superyacht Kibo has been delivered. This morning, we received a photo of Kibo from one of our readers, who spotted her in Stockholm last night. The 81.8 metre superyacht features exterior and interior design by multi-award winning Terence Disdale Design, was launched on March 9th, 2014. She is the second largest yacht have been delivered by A&R, the largest being the 82 metre Secret in 2013.