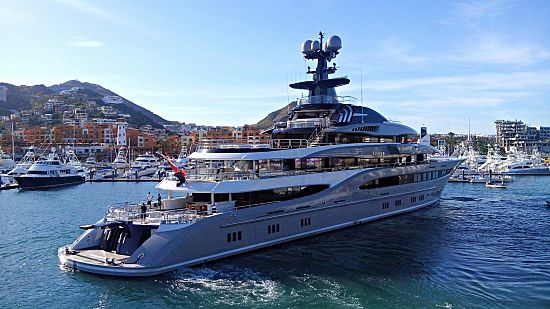 Superyacht Kismet became the largest yacht to enter Marina de CSL in the Mexican coastal town of Cabo San Lucas when she arrived here over a week ago. Certainly one of the German shipyard’s most recognizable creations, the 95m Espen Oeino designed yacht was launched in July 2014 and is characterised by her glistening golden exterior and striking Jaguar figurehead on the bow. This is not the owner's first yacht however, who is known to have owned the 68m superyacht Global (ex. Kismet). According to port authorities, Kismet is expected to depart on a cruise up the west coast of the USA from her current location.